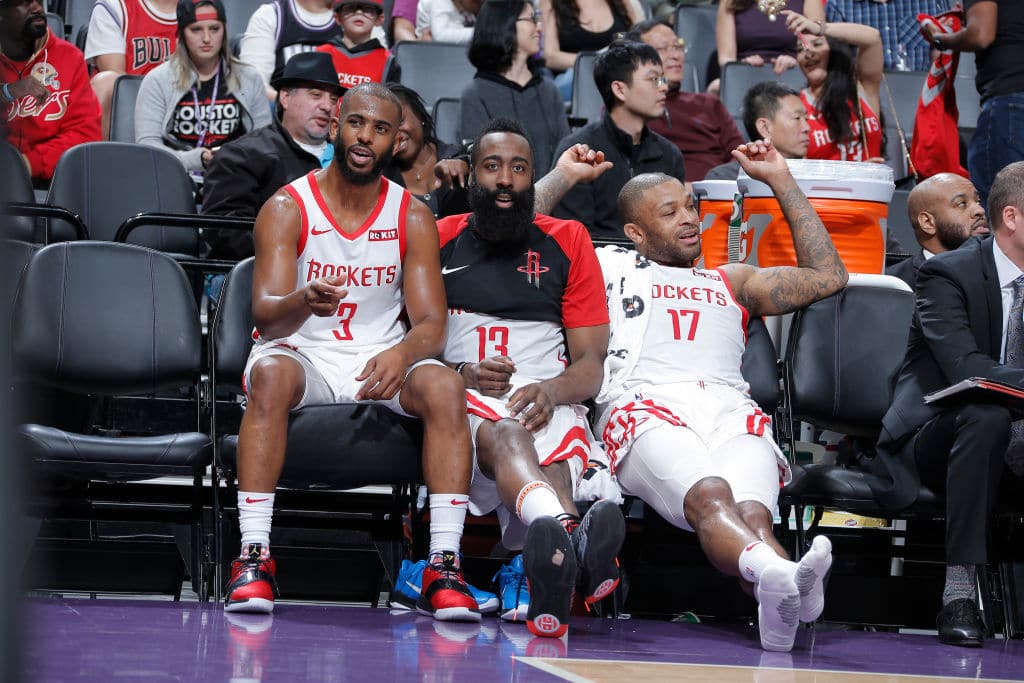 According to PJ Tucker, reports of discontent in Houston are merely “fake news.”

Tucker insists that co-stars James Harden and Chris Paul remain on the same page, and that everyone is focused on winning an elusive NBA championship.

The Rockets’ front-office, meanwhile, is reportedly shopping what seems like everyone on the roster but Harden with free agency looming.

As a leader in the locker room, tell me about James and Chris. You can’t speak for them, but…

Fine, but Game 6 (against the Warriors): How hot was it (afterward)?

Tucker: “It was what it was. Everybody’s mad. Everybody’s pissed. You can’t – I’m sick of all the highlight of whoever this person is trying to come up with all this crap, like I argue with Chris and James more than Chris and James argue with each other. Like, I’m the center, focal (point) of the argument because I’m always yelling at somebody and they’re yelling at me. So for me, it’s like ‘If you’re not arguing…’ You don’t think Kobe (Bryant) and Shaq (O’Neal) argued? Hakeem (Olajuwon) and…”

But that’s a tough comparison though, right? There’s a threshold there. Kobe and Shaq reached a point where it wouldn’t work anymore.