PJ Tucker: Rockets ‘Were a Hamstring Away from Having a Championship’ 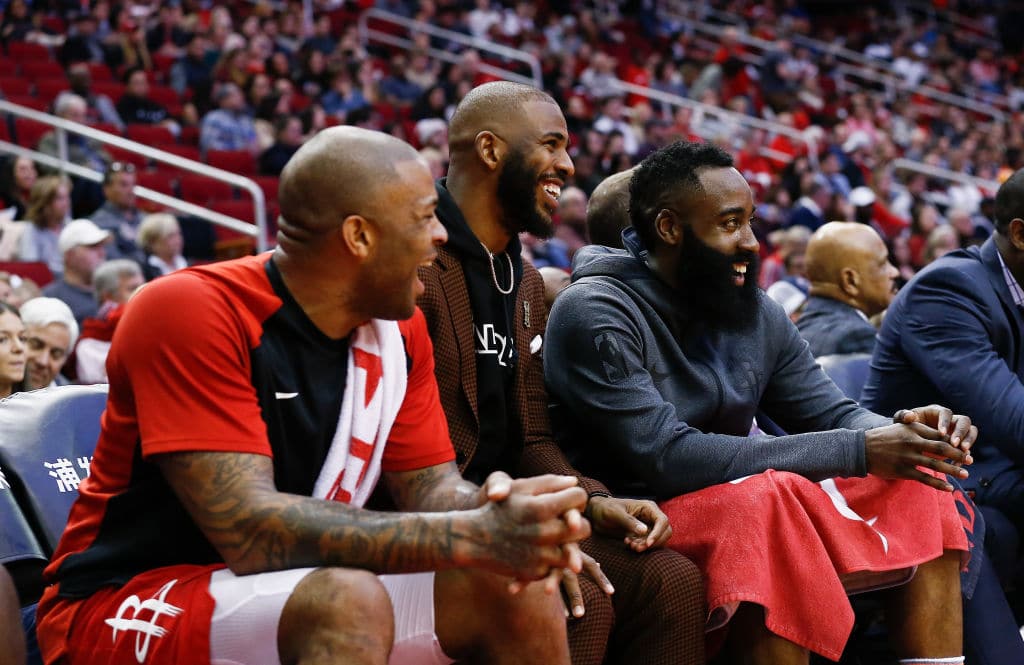 PJ Tucker says Houston has a “chance to compete for a championship” this season, and that they were “a hamstring away” from winning it all when Chris Paul went down in the 2018 Western Conference Finals.

The veteran forward believes the NBA title race is “wide open this year.”

Tucker, 34, adds that he vehemently disagrees with the widely-held assumption that James Harden and new superstar Rockets teammate Russell Westbrook “can’t work together.”

“[Westbrook] is another super aggressive guy who can attack the rim and score the ball. That opens everything up for everyone else. [Harden and Westbrook] know each other’s games. They’ve played together when they were young, and they’re excited to play together again. If they’re excited, I’m excited.”

That trek left him appreciating what Houston accomplished with Harden and Paul rather than dwelling on the partnership’s abrupt ending.

“We were a hamstring away from having a championship,” Tucker said, referring to Paul’s ill-timed injury in the 2018 Western Conference finals against Golden State. “You can rate it how you want and say what you want, but it was a great run. We won a franchise-record [65 games in 2017-18]. The [decision to trade Paul] is something that’s over my pay grade. I just play.”