PJ Tucker: ‘Our Small Lineup is the Best in the League’ 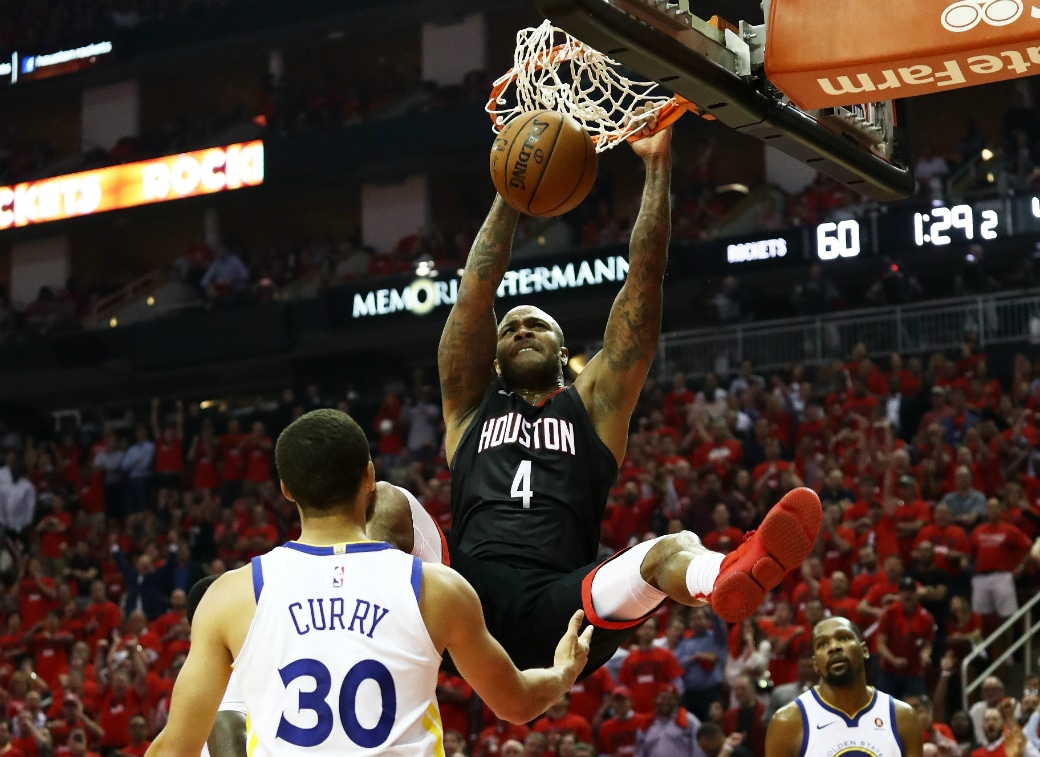 Whatever you want to call it (the Hamptons Five, the Death Lineup, etc.), Golden State’s small-ball unit has been dominant over the last few seasons.

Over 22 minutes together during the Warriors’ 127-105 loss to Houston, the Hamptons Five had a net rating of minus-35.9, per USA Today‘s Sam Amick. On the opposite side, the Rockets’ small group posted a net rating of 30.2 in 10 minutes on the floor.

Afterwards, PJ Tucker, who dropped 22 points and hit five three-pointers, talked to Amick about that lineup:

“That’s my favorite lineup. We feel like we’re the best at that, when we go small. We feel like nobody can do what we do. You want to go small? Alright, fine. We’ll go small too. And like I said, our small lineup is the best in the League.”