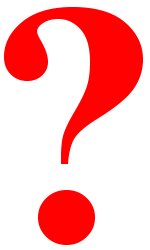 There are a few ways I could go here. The Hawks won their biggest game of the century but Joe Johnson and Tyronn Lue would have to share the trophy. Unlike the new America we woke up to this morning, this is not a Democracy. There can be only one dominant Player of the D.A.Y. and he has to rule like a dictator.

Chris Paul led the undefeated Hornets to a win with numbers that will in time be come to known as Chris Paulian. I have a feeling he could win this honor many times this season, and his team was enjoying the extremely rare home-opener crowd behind them for the second straight night.

So, the award goes to Andrew Bynum. Kobe still doesn’t have his basketball legs and Andrew came out and set the tone with shotblocking and rebounding, and he even scored 20 points for effect. There was a play in the game when KG tried to swat a Bynum shot off a post move and the camera picked up “Get that s–t outta here!” but it didn’t get nowhere but in the basket. The youngest player in the young history of the Player of the D.A.Y. takes the trophy.