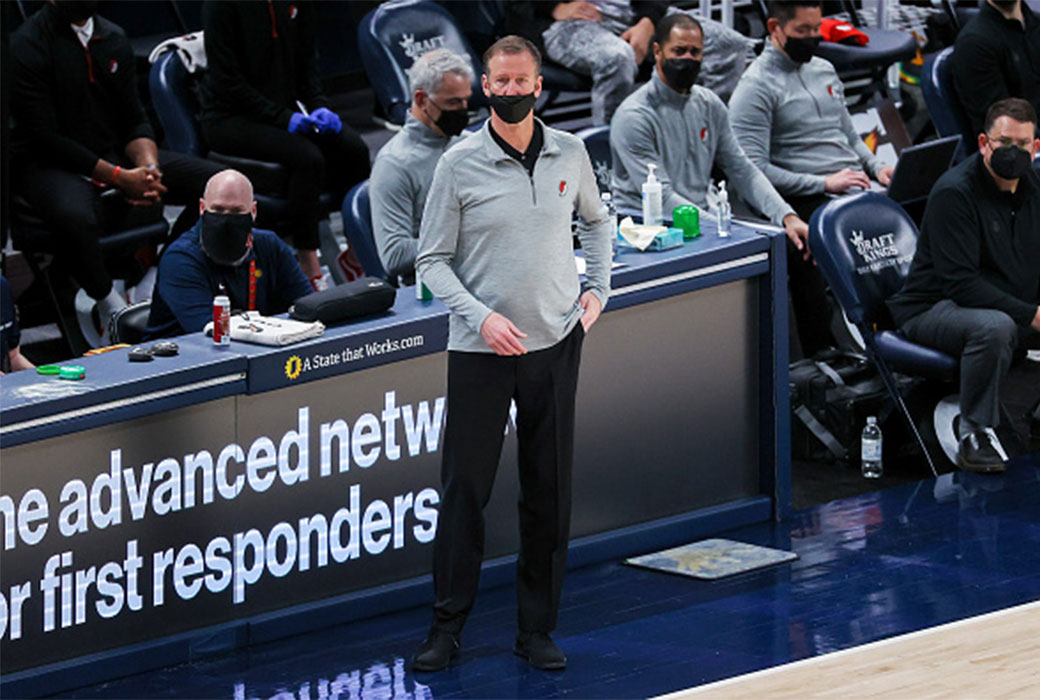 The Portland Trail Blazers have spent the last few years dealing with a roster that has not been able to shake the injury bug.

But with talented players throughout the roster along with the long-term contracts attached to it, the organization is rumored to make a change at head coach at the end of the season according to Yahoo! Sports Chris B. Haynes on Friday.

“Portland has plunged steeply in April, having dropped 10 of 15 games and stationed in play-in territory as the No. 7 seed,” Chris Haynes of Yahoo! Sports reported. “It’s a disheartening period that will likely end up costing coach Terry Stotts his job, a position he’s held for nearly a decade.”

Accountability, ingenuity, doing away with granting everyone offensive freedom, and a fresh voice roaming the sidelines might be in order, but the team’s struggles extend beyond X’s and O’s.

In his career with Portland, Stotts currently has a record of 393-316 going into Portland’s matchup against the Brooklyn Nets on Friday. While the Blazers have been a consistent playoff team during his tenure, they have yet to advance past the Western Conference Finals. The last time the franchise made it to the NBA Finals was in 1992.