Post Up: Cavaliers Complete Sweep, Sixers Bounce Back Against Celtics 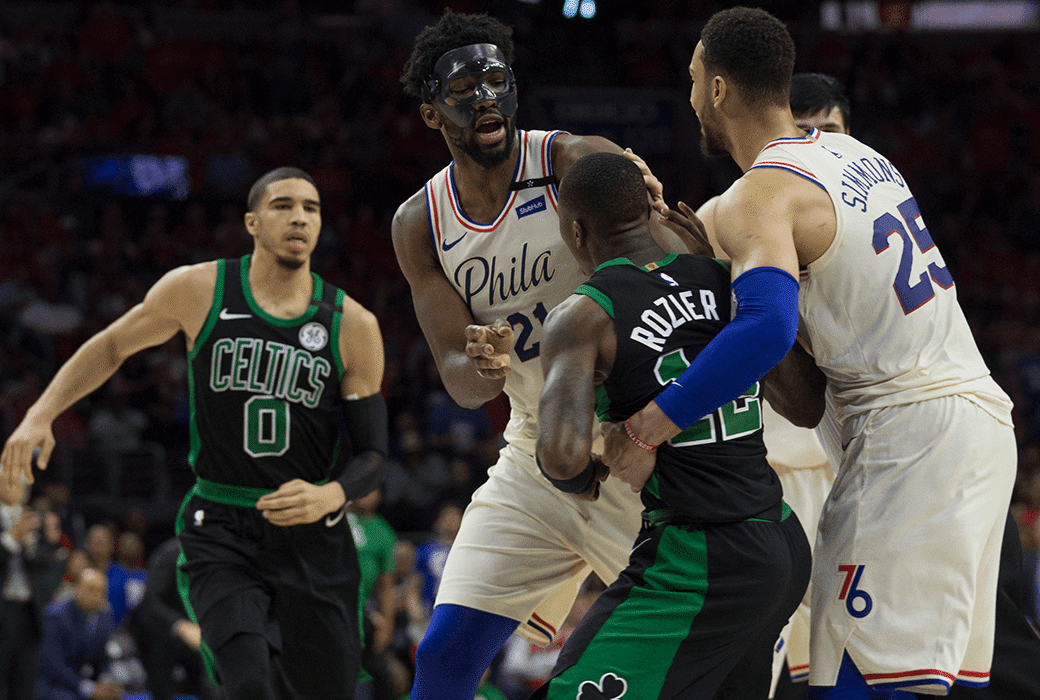 After dropping three straight games to the Celtics, the 76ers needed to make a drastic change to keep their season alive. The change wasn’t what most expected, but Brent Brown’s decision to insert TJ McConnell into the starting lineup proved to be the difference.

McConnell started strong and his play never faltered, finishing the night with 19 points, seven rebounds, five assists and a plus-minus of +18 in 39 minutes. He was also the only 76er to shoot at least 50 percent from the field, shooting 9-f0r-12 from the field.

Although the 76ers and Celtics already have a long-standing rivalry, Terry Rozier and Joel Embiid added a little to spice to things. After getting into a scuffle that resulted in double technicals, Embiid went on to blast Rozier after the game for being too short to connect when throwing #ThemHands.

Jayson Tatum scored a team-high 20 points for the Celtics.

Joel Embiid: “(Terry Rozier) tried to punch me twice. Too bad he’s so short he couldn’t get to my face.” 💀💀💀 (via @BenGolliver) pic.twitter.com/ksNwaoFI84

With “The Other Cavaliers” being a hot topic on the Twitter streets before the game, James’ supporting cast stepped up. as J.R. Smith and Kyle Korver hit every one of their 3-point shots in the first half. Kevin Love caught fire in the third, scoring 12 of his 23 points.

The King finished the night with 29 points, 11 assists and eight rebounds.

It was a rough ending for Toronto’s all-star duo: Kyle Lowry mustered up only five points and DeMar DeRozan was ejected for a flagrant foul on Jordan Clarkson.