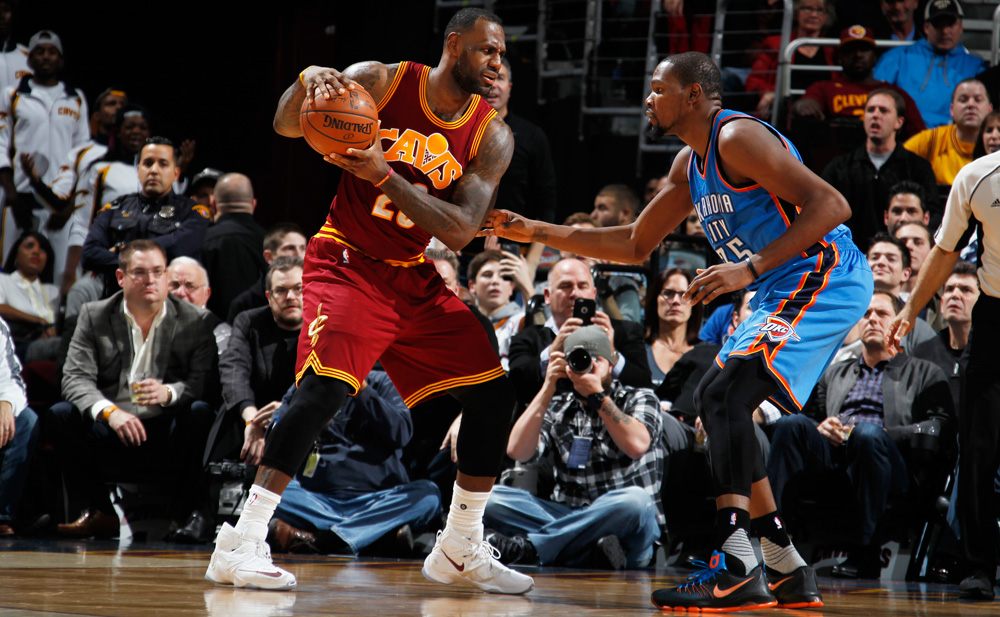 No matter what, questions will arise about whether a poorly timed timeout by Kyle Lowry cost Toronto the game. DeMar DeRozan hit a 40-foot, would-be game-winner that was voided at the end regulation because of Lowry’s timeout, and the Hornets pulled away in overtime. Jeremy Lin led Charlotte with a season-high 35 points.

The Cavs snapped OKC’s six-game winning streak behind a near triple-double from LeBron James. The fourth quarter ended on an ominous note, as pro golfer Jason Day’s wife had to be stretchered off after LeBron barreled into her while chasing a loose ball.

Ellie Day I hope you're doing okay! My apologies! Hope u guys come back to another game soon. Love LJ!

Kobe Bryant was magnificent in the third quarter, and scored 22 points in the game. It wasn’t enough, as the Lakers gave up 23 offensive rebounds and 12 three-pointers. Mamba had his share of highlights, though, including a vintage dunk on Clint Capela.