Post Up: John Wall Goes Off for 40 Against the Lakers in D.C. 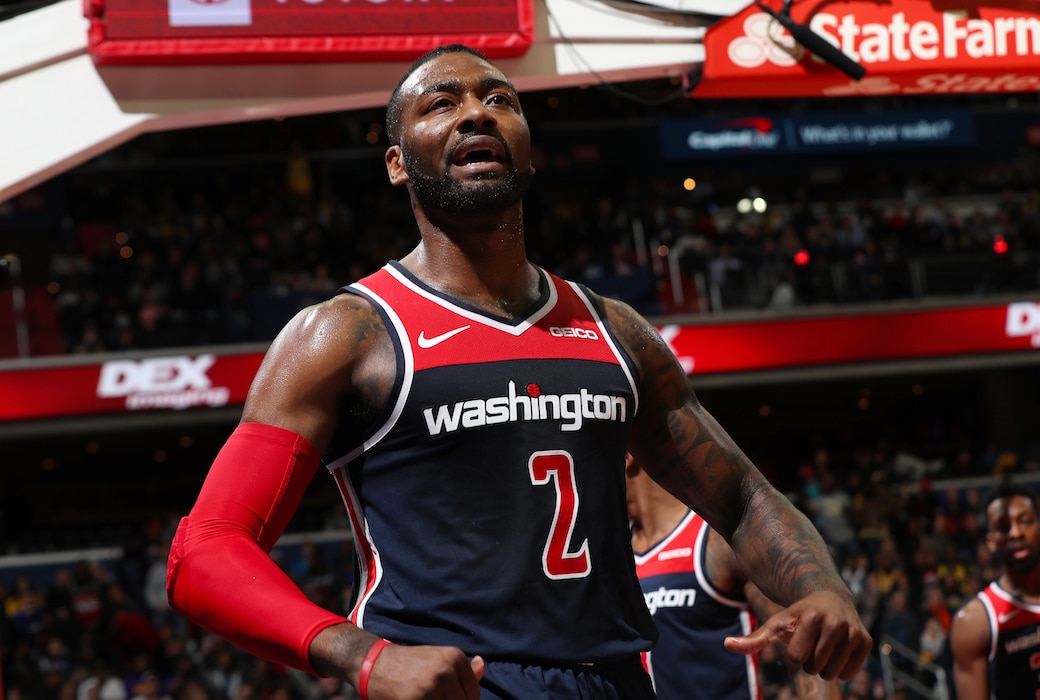 After posting 22 points, 14 assists and 11 rebounds, Ben Simmons joined Grant Hill as the youngest player in NBA history with that stat line (and zero turnovers) in Sunday’s win against the Cavs at Quicken Loans Arena. Joel Embiid scored 24 points and Jimmy Butler had 19 after missing two games with a strained groin.

Ben Simmons went to WORK in Cleveland! 😤 (via @NBATV) pic.twitter.com/NKpbf6D4LH

Brooklyn scored a season-high 144 points as D’Angelo Russell led the way with 32 points in a point guard duel with Trae Young. The Hawks cut the Nets’ 21-point lead to two, but Brooklyn went on an 11-5 run in the second half. Russell gets to go at his former team as the Lakers visit Barclays Center Tuesday.

Victor Oladipo scored 26 points in the win over the New York. Myles Turner was the Pacers’ second-leading scorer with 24 points. Indiana had a three-point lead at the half but they extended the lead to seven in the second half.

Despite everything that’s been said about John Wall and the Wizards in the media as of late, Wall made it sure to be known that he can still get buckets with the best of them.

He had a season-high 40 points, joining Gilbert Arenas as the only player in Wizards/Bullets history with multiple games of 40-plus points and 10-plus assists (he finished with 14 dimes.)

The Lakers looked every bit of a team that played a back-to-back and struggled to get into a groove during the whole game. LeBron James had a season-low 13 points in the loss.

De’Aaron Fox and Buddy Hield combined for 56 points as the Kings led the entire second half. Dirk Nowitzki also made his home debut after missing 26 games while recovering from ankle surgery. He scored three points in just eight minutes of play.

Four Nuggets starters finished in double digits as Nikola Jokic was the leading scorer with 26 points. Jamal Murray had 15 of his 19 points in the fourth quarter. The Nuggets went on a 23-2 run in the second half and shot 42 percent from the field at home. Kawhi Leonard had with 29 points and 14 rebounds.