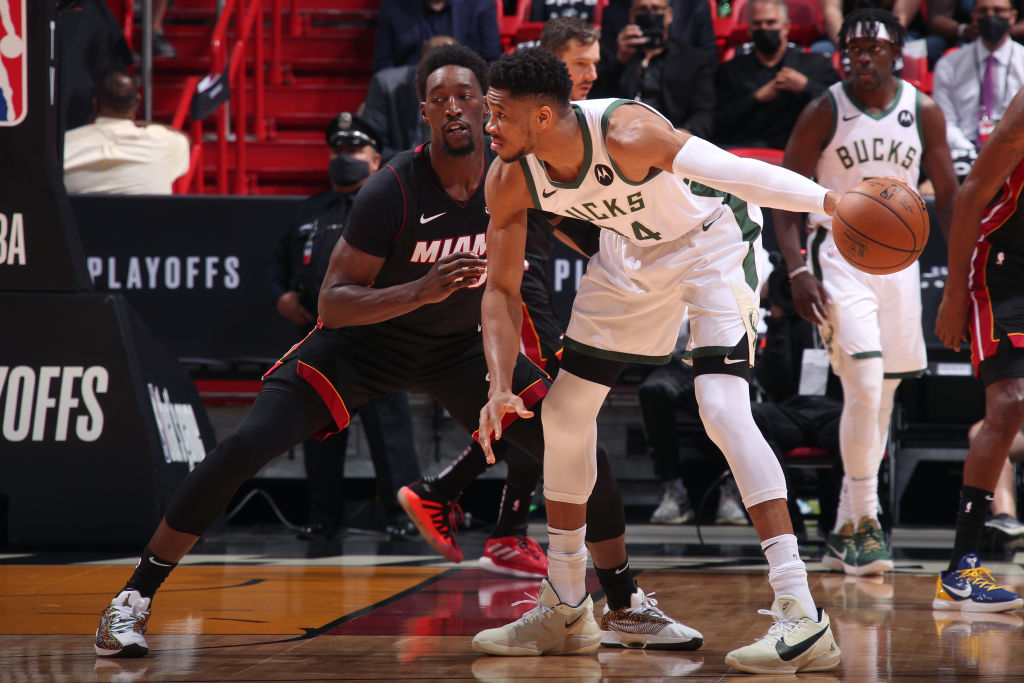 As Thursday’s slate of action featured Game 3 matchups, teams changed locations as new teams would have home court advantage for the first time in the series. However, only one home team finished the night with a win.

We’ve broken down each of the Thursday’s matchups below.

In Game 3, the Bucks once again took care of business, proving they’re different from their playoff teams of the past. While they’ve mastered regular season success over the past few years, they couldn’t ever get over the hump in the postseason.

With the addition of Jrue Holiday, this looks like a completely different team on both ends of the floor. Their ceiling appears higher and their role players are stepping up to help their talented trio. At this point, it’s hard to see a world where Miami climbs out of this hole.

Thursday night marked the first time LeBron James played a playoff games in Staples Center as the Lakers took on the Suns in Game 3.  As the series continues to shift, the Lakers have all the momentum heading into Game 4 with yet another home game ahead of them and a series lead.

Chris Paul was able to play 27 minutes on Thursday night, which is a promising sign for the Suns. However, he still didn’t look full strength and his numbers showed it. Devin Booker struggled as well, but DeAndre Ayton continues to show flashes of greatness. LeBron James and Anthony Davis combined for 55 points and 17 rebounds in the win.

Damian Lillard continues to show that he can’t be guarded, but it wasn’t enough Thursday against the Nuggets. He dropped 37 points alongside CJ McCollum who scored 22 points. Portland just couldn’t slow down Denver from beyond the arc, as they converted on 20 3-point attempts.

Nikola Jokic looked like a real MVP, producing 36 points, 11 rebounds and five assists on Thursday night. Recently-acquired Austin Rivers continues to look like a quality pickup as he chipped in 21 points of his own. Even without Jamal Murray, the Nuggets look like the better team in this series.