James Harden is a cheat code. 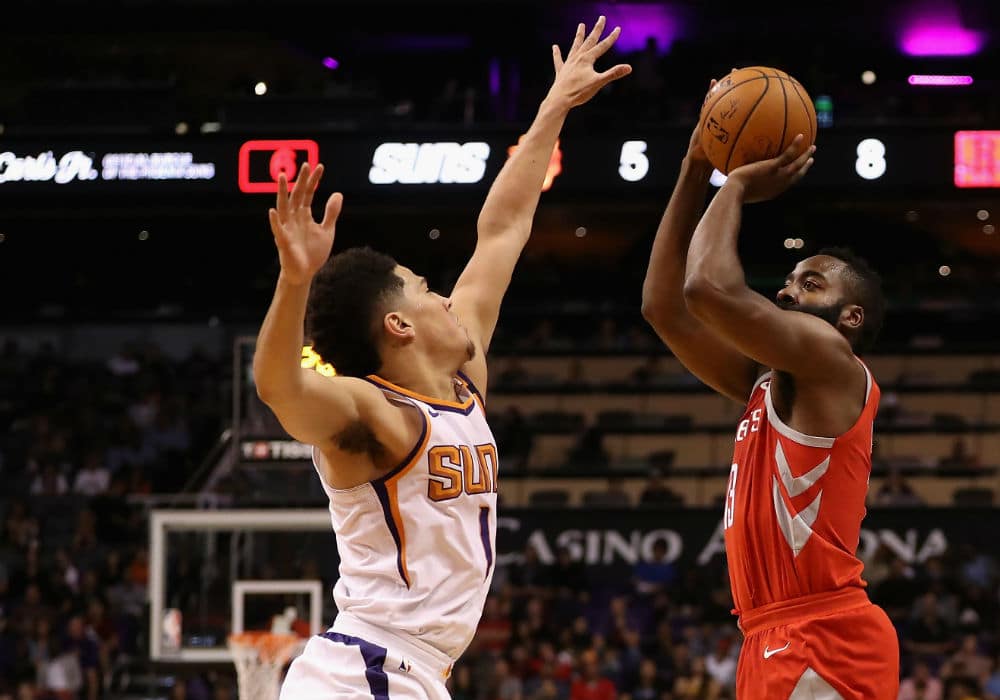 It’s still very early, but the Celtics might be for real. Using a 19-2 third quarter run to erase a big deficit, Boston snuck by the defending champs to win their 14th game in a row. Kyrie Irving struggled (16 points on 4-of-16 shooting) but was aggressive down the stretch and knocked down what would become the game-winning free throws.

Kevin Durant led the Dubs with 24 points on 9-of-18 shooting, but missed a contested mid-range jumper with Al Horford in his grill that could have tied the game at 90. Neither Steph Curry nor Klay Thompson (combined for 22 points on 32 shots) could really get it going and, outside of a pair of first half threes from Nick Young, the bench didn’t help much either.

The other big development from this game was the continued rise of Jaylen Brown, who had a decent rookie year but looks poised to become a star as a sophomore. We’ve been able to see his defensive ability and his pure athleticism in the past, and now the playmaking and shooting is coming into form. He scored a team-high 22 points (with 7 rebounds), hit a few threes, had a massive block on Klay and forced a bunch of turnovers. The dude can fill up a box score, at both ends of the floor.

This one was a blowout from the get-go. The Rockets dropped 45 in each of the first two quarters — resulting in 90 first half points, tied for the 2nd-most in NBA history — to take a 25-point lead. As you’d expect, James Harden was the driving force behind that as he dropped 33 points by the break on an absurdly efficient 12 shots. He wound up with 48, just eight shy of the career-high he set earlier this season.

#Rockets scored 90 points in the first half; that ties for the second-most in a first half in NBA history! pic.twitter.com/XUlqX2glkw

CP3 also returned from the knee injury that has kept him out of Houston’s lineup since the season opener in Oakland. He was held to 21 minutes but looked pretty sharp, posting a 11-point, 10-assist double-double. The Rockets did fine in his absence — they went 10-4 — but the offense is a whole different animal with Paul in the lineup, who easily weaved through the Suns’ defense to find Houston’s deadly three-point shooters.

Troy Daniels (23 points) and Greg Monroe (20 points, 11 rebounds) led the way for Phoenix, which had no answer for the Rockets’ up-tempo attack all night. Devin Booker added 18 points and 10 dimes.