Post Up: Bucks Blow out Clippers on the Greek Freak’s Birthday

On Giannis Antetokounmpo's birthday, the Bucks obliterated the Clippers in a game that was never really close. 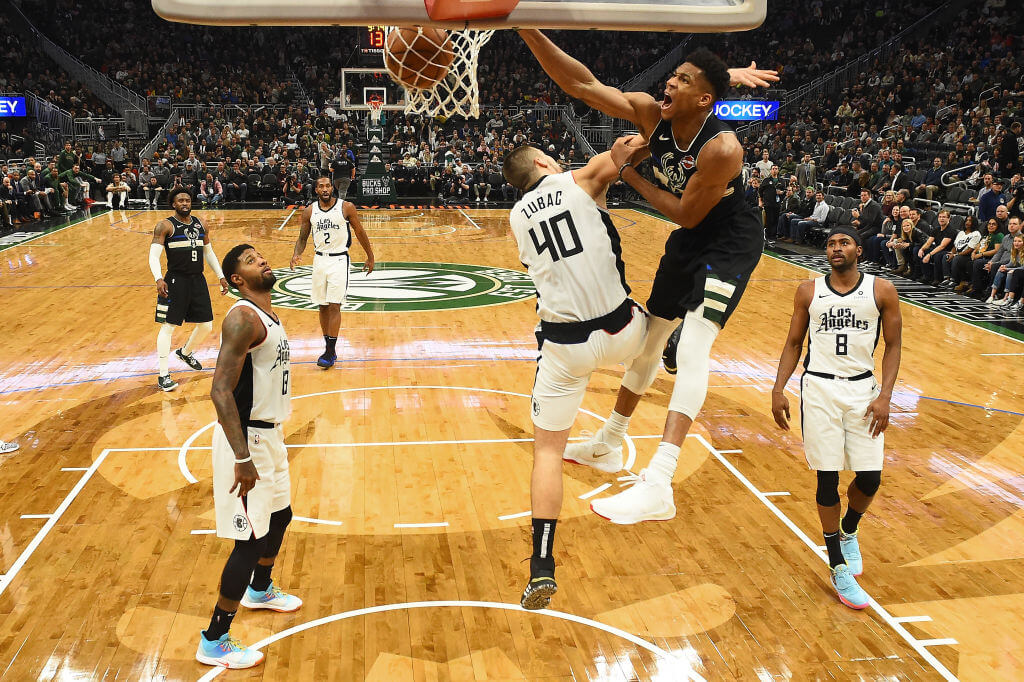 After a sluggish start to the season, the Magic have found their grove, winning four of their last five contests and getting to a .500 record. Starting point guard Markelle Fultz may have had a substandard stat line, but it’s clear he is becoming more comfortable with his game. On one early play, he spun between two defenders and spoon-fed Aaron Gordon an easy layup.

The Cavs’ season has been the opposite of the Magic. They started off playing inspired ball, but have since tailed off, losing 11 of their last 12 games amid reports of discontent with coach John Beilein’s tendency to treat his team like a college program, according to Shams Charania and Joe Vardon of the Athletic.

Andre Drummond had a monster double-double with 25 points and 22 rebounds, while Blake Griffin, who has become one of the most well-rounded players in the league, chipped in 25 points, 5 assists and 2 steals.

The Pacers are a tough, disciplined team, and no wins come easy against them. TJ Warren led Indiana in scoring with 26 points, but only contributed 1 assist and 1 rebound. Malcolm Brogdon had a solid outing with 21 points, 5 assists and 5 rebounds.

There were some bright spots for the Hornets amid defeat. Devonte’ Graham (who is making a strong case for Most Improved Player) dropped 29 points and eight assists, while backcourt mate Terry Rozier added 24 points of his own, as well as this slick step-back jumper:

Jimmy Butler tripled-doubled (28-11-11) and Bam Adebayo double-doubled (24-13) as the Heat breezed by the Wizards without Goran Dragic and Justise Winslow.

For the Wiz, Bradley Beal put up 23 points and 8 assists, but also 6 turnovers. Second-year big man Mo Wagner was solid, with 19 points and 10 boards.

The Warriors broke a mini four game skid to take down the struggling Bulls. Well, truth be told, both these squads have been struggling, but there is hope. The Warriors found a late-round gem in Eric Paschall, while the Bulls have a promising young core that simply has not jelled yet. Zach LaVine is prone for a scoring explosion at any second. Also, Coby White is electric.

After a bumpy season for both of them last year, Jaylen Brown and Jayson Tatum have morphed into complete wings capable of winning games by themselves. Tonight was yet another test the two passed with aplomb. Tatum dropped 26 points, 7 rebounds and 5 assists, as well as some advanced step-back three-pointers, while Brown added 21 points and 7 rebounds of his own and a monster jam in transition.

If it seems as if every Thunder-Wolves game is a banger, that’s because they are. From Andrew Wiggins half-court buzzer beaters to what feels like dozens of nail-biters, this latest edition did not disappoint. There was a plethora of gaudy stateliness (30 points for KAT, 32 for Jeff Teague, 30 for CP3, 29 for Shai Gilgeous-Alexander and 22 for Steven Adams), quirky calls (Jordan Bell getting called for a delay of game because Chris Paul told the refs he did not have his jersey tucked in) and an electric finish.

Trailing by 2 points in regulation with one second to go from under their own basket, Steven Adams heaved a beautiful touchdown pass to Dennis Schroder, who floated in a graceful shot. The Thunder proceeded to dominate in OT, and you have to think that completion pass gave them a jolt of momentum.

Well that was surprising.

In what was supposed to be the marquee matchup of the night and a feasible Finals matchup, the Bucks trounced the visiting Clippers.

On his 25th birthday, Giannis Antetokounmpo had 27 points, 11 rebounds and one poster dunk in only 26 minutes, while the rest of the Bucks shot efficiently and held the Clips to a measly 35% from the field. Kawhi led the Clippers with 17 points, but he was inefficient (5-14 FG) and sloppy with 5 turnovers. The takeaway here is it’s probably a blip in the road, but it’s nonetheless an impressive win by a Bucks team now on pace for 70 wins.

The Spurs are having a small resurgence after going on a brutal losing streak, as they’ve quietly won three of their last four games. Thanks to a clutch Marco Belinelli three-pointer to force overtime, the Spurs eked out the one-point victory. The Kings had plenty of opportunities to score on the final possession (four of them, to be exact), but just couldn’t cash in.

Before we get into the results, let’s send some prayers up for Rodney Hood, who suffered a torn achilles and is out for the year. He was in the midst of an awesome campaign, and was shooting a blistering 49% from beyond the arc, the fourth best rate in the entire league. Come back better than ever, Rodney.

LeBron and AD had another amazing day at the office, with AD pouring in 39 points and 9 rebounds to complement LeBron’s 31-7-8 line. Damian Lillard mustered 29 points, 7 rebounds and 8 assists, but it wasn’t nearly enough to dethrone the Lakers.