Post Up: Celtics Push Cavs To The Brink With Another Home Win 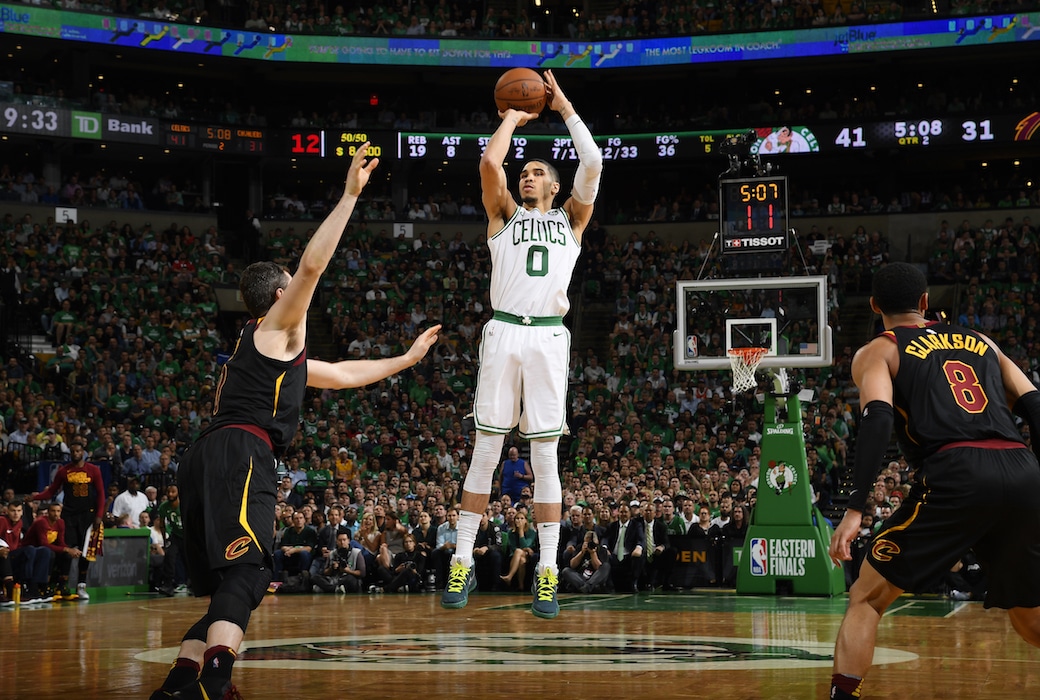 There’s something about the Celtics playing at home.

The Celtics shook off back-to-back road losses to take a 3-2 lead in the Eastern Conference finals on Wednesday with a 96-83 win over the Cavaliers in Boston.

Jayson Tatum had 24 points, seven rebounds, four assists, and four steals in an excellent Game 5 effort from start to finish. Jaylen Brown had 17 and Al Horford had 15 points for the Celtics to help him out.

It got chippy early on when what has been an emotional series reached its boiling point:

The Cavs came out of that incident with a 12-3 run to briefly pull to within single digits before Horford restored order on a pair of free throws. The Celtics went into halftime with a 53-42 lead.

Cleveland again tried to cut into the deficit in the third quarter, but Boston had every answer. Marcus Morris and Marcus Smart each had 13 off the bench and combined for this no-look bucket to extend the lead to 16:

Meanwhile on the other end, LeBron James had 26 points and 10 rebounds, but still seemed off for much of the night. He went 1-6 from three, missed a couple layups, and committed six turnovers. Kevin Love had 14 points, but no other Cleveland player was able to reach double figures. Still, the Cavs were within striking distance in the fourth and closed to within 12 with just under eight minutes to play. Then Terry Rozier and Horford decided to end the drama:

About that Cavs comeback… (via @NBA) pic.twitter.com/TSCQkdvEc1

And now, Boston can close out the series on Friday in Game 6. But in order to do so, it will have to find a way to win on the road — something it has done just once in the playoffs so far. Tip-off is set for 8:30 p.m. on ESPN.