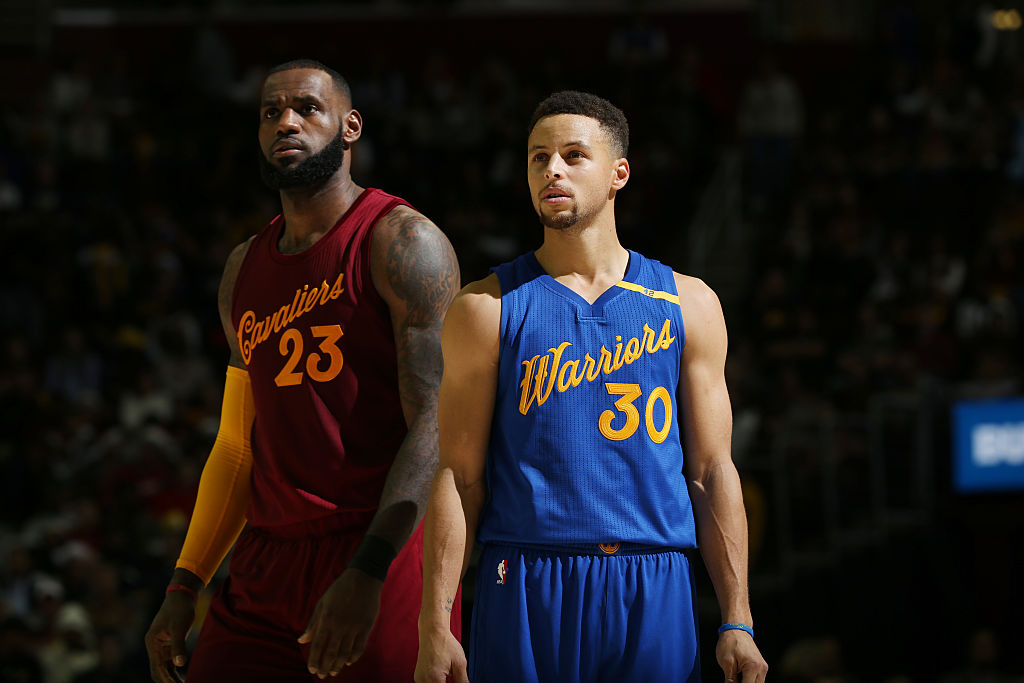 Sunday’s 2015-16 Championship rematch lived up to its billing, as the Cavaliers and Warriors went down to the wire in Cleveland. A memorable duel between Kevin Durant and LeBron James took center stage, but it was Kyrie Irving who closed the show with a clutch turnaround jumper. Now 36 years old, Richard Jefferson raised eyebrows by dunking on Kevin Durant and Klay Thompson.

The Clippers felt Chris Paul and Blake Griffin’s absence, losing to the Lakers for the first time since Oct. 29, 2013. Veterans Jamal Crawford and J.J. Redick had 22 points apiece, while Luol Deng double-doubled for the Lakers. Now 2-3 in their last five, the Clippers will look to regroup against the Nuggets tomorrow.

Karl-Anthony Towns and Andrew Wiggins scored 26 and 23 points, respectively, but the T’Wolves came up short against Russell Westbrook and the Thunder. Russ went off for 31 points and 15 assists; his fifth time this season reaching at least 30 points with 15 dimes. Following the game, Tom Thibodeau gave full credit to Westbrook.

“He’s the MVP leader right now, so you’ve got to try and slow him down,” Minnesota coach Tom Thibodeau said of Westbrook. “He draws so much attention — you know we’ve got to watch out for him. We’ve just got to stay solid and keep our assignments. We broke down a little in the second half.”

The Spurs and Bulls had a tough act to follow after Cleveland/Golden State, but LaMarcus Aldridge was up to the task. Aldridge dropped 33 points – 20 coming in the first quarter – en route to a lopsided win over Dwyane Wade (24 points, six dimes) and the Bulls. Kawhi Leonard scored 25 with 10 boards, and Dewayne Dedmon added nine points with six rebounds off the bench.

The Knicks erupted for an 11-2 run with under two minutes left in regulation, turning Sunday’s MSG showdown into a nail-biter. Carmelo Anthony and Derrick Rose combined for 59 points, but Isaiah Thomas (27 points) and the Celtics ultimately came away with the close W. Marcus Smart nailed the dagger, and delivered a parting jab to the Knicks after the game.

”They had the crowd behind them on a very special day and this team just did a really good job of making sure when they punched us we punched right back,” said Smart.