The Clippers used sharp shooting to win without Blake Griffin. 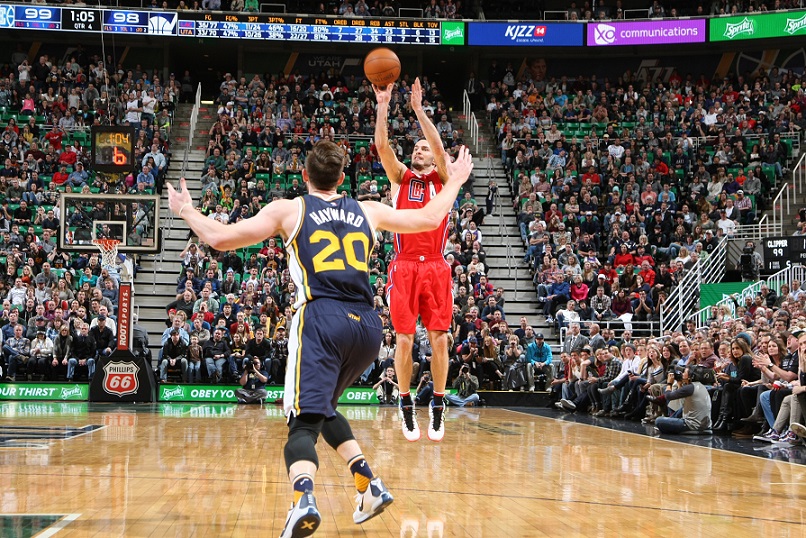 With the news of Blake Griffin’s multi-week absence, the Clippers received much-needed help from secondary sources, as Paul Pierce scored a season-high 20 points off the bench, and J.J. Redick hit five from beyond the arc, including this clutch triple with only a minute remaining.

The Suns are going to need to regroup after Saturday’s frustrating performance. As if it’s not bad enough to lose to a team with a .063 winning percentage, Eric Bledsoe left the game with a sprained left knee in the first half. Having now dropped four straight, Jeff Hornacek and the rest of Phoenix’s coaching staff are likely nostalgic for the days when Markieff Morris’ towel-throwing incident was their biggest concern.

Meanwhile, the rebuilding 76ers can hang their hats on a well-earned victory.

This Sauce is for DUNKING. 🔥 https://t.co/JmgrZOqNl5

The Cavaliers have had a December to forget. With a 6-8 on the month, Cleveland followed up a Christmas loss to the Warriors with a 29-point drubbing to Portland. The Trail Blazers, who turned Saturday’s game into a laugher by the second quarter, seemed to rub certain Cavaliers the wrong way.

Iman Shumpert took exception to Meyers Leonard on a boxout & gave him a shove, they were quickly separated pic.twitter.com/5PlQfRGAGw

The Spurs continued their winning ways without the services of Tim Duncan, as Boris Diaw posted 16 points in his place en route to their 26th straight home victory. The Nuggets bench did an excellent job picking up the offensive slack – scoring 53 points compared to 33 from the starting five – but it’s difficult for Denver to compete with Danilo Gallinari sidelined.

Dallas went off for a barrage of three’s, including seven from J.J. Barea and three from Dirk Nowitzki. Chandler Parsons, who looks to have fully recuperated from an off-season surgery,  filled up his stat sheet with 20 points, five boards, and five dimes. The Bulls wasted an incredible performance from Derrick Rose, who scored 25 points on 12-20 shooting- including this mesmerizing wraparound layup.

Andrew Wiggins may have thrown a put-back dunk over Paul George, but Indiana got the last laugh by snapping a three-game losing streak. Playing a career-high 40 minutes, Karl-Anthony Towns went to work with 24 points and eight boards.

In a re-match of a wild quadruple-overtime game on Dec. 18, the Celtics emerged victorious thanks to a combined 35 points from the team’s starting backcourt. Andre Drummond’s woes from the charity stripe continued with a 4-10 showing, but he posted an emphatic double-double with 22 points and 22 rebounds.

Showing off their roster depth, the Hawks overcame a 15-point deficit at halftime to hand New York their third straight defeat. With coach Derek Fisher holding Kristaps Porzingis and Robin Lopez to limited minutes, the Knicks were outmatched in a battle of big men; Al Horford and Paul Millsap torched New York for 41 combined points.

The Hornets went 14-for-32 from downtown en route to snapping a three-game losing streak. Mike Conley led Memphis’ scoring with 19 points after Mario Chalmers was unceremoniously ejected in the first half.

After a close overtime win against New Orleans on Christmas, Miami took care of business against a formidable team. Hassan Whiteside stuffed three shots, while Chris Bosh, Goran Dragic, and Dwyane Wade all contributed over 20 points.

Breakout performances from Eric Gordon and Anthony Davis – as well as this Ryan Anderson slam – helped New Orleans eke out a win over the underachieving Rockets. After seeing his team’s lackadaisical play cost them a winnable game, Rockets coach J.B. Bickerstaff aired out his players.

Khris Middleton tied his season-high with five three-pointers, but to no avail. The Raptors cruised to their second straight victory and remain atop the Atlantic Division. While attempting (what would have been) a huge two-handed dunk, Jabari Parker became an unwitting guest of Bismack Biyombo’s block party.

With Otto Porter, Gary Neal, Nene Hilario, and Drew Gooden all banged up, Jarell Eddie took advantage of an opportunity to play in his NBA debut, draining four of his five three-point attempts. A former Virginia Tech Hokie, Eddie had just signed with the Wizards on Tuesday.