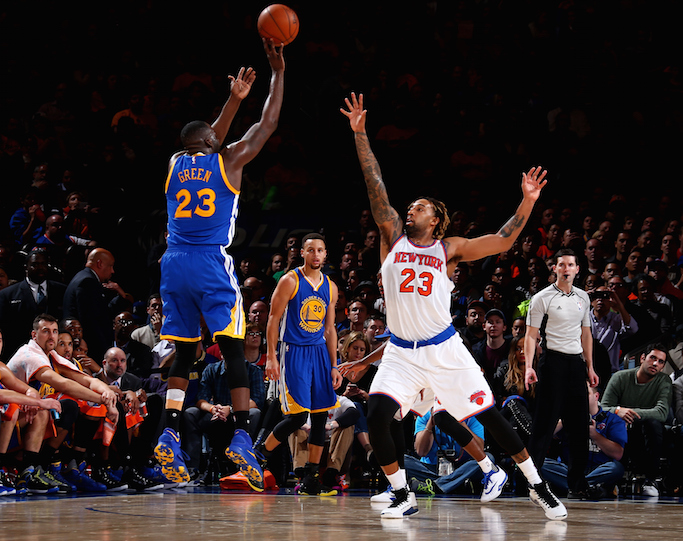 …but it was CP3 and Jamal Crawford who engineered an easy win for the Clippers—Paul with 19 and 7 dimes, J-Crossover with a game-high 26 off the pine. Chicago actually outscored the Clips 56-36 in the paint, but LA hit 17 threes, to only 5 for the Bulls. Even with the Blake Griffin saga ongoing, Lob City’s lowkey won 4 straight.

With almost everyone (Hassan Whiteside and a few reserves are still ailing) back from various injuries, Miami has now won 4 in a row for the first time all season. On Sunday, the Heat won thanks to a dreadful shooting night from the Hawks (39 percent as a team, and Kyle Korver was 0-for-6 himself) and a productive night from their bigs: Chris Bosh had 18 and 7, Amar’e Stoudemire had 13 and 12.

Orlando finally snapped an 8-game losing streak and got only its second win in January, although as coach Scott Skiles said post-game, “We didn’t close it out in a professional manner.” Uh, yeah that’s putting it lightly. Up 9 with a minute left, the Magic missed four free throws and let the Celtics get to within three. Orlando held on, barely, paced by Evan Fournier’s 24 points off the bench and a big game from Aaron Gordon.

Deron Williams dropped 27, while the banged-up Suns continued to be pretty terrible (37 percent field goal shooting). And, even with Dirk Nowitzki sitting this one out, he was the talk of the post-game locker room, due to his new hairdo:

After holding the Dubs to a season-low 18 first-quarter points, the Knicks probably thought they were in this one. They soon learned what every other team in the League has learned this year: you gotta play 48 perfect minutes to beat Golden State. Because in the second quarter, the Warriors did this:

Warriors shot 14-of-17 (82.4%) in the 2nd quarter vs the Knicks, their best-shooting quarter this season pic.twitter.com/x7fLBk85vn

Think about this: the Warriors still scored 116 points even after that season-worst first quarter. And Steph Curry only had 13 of those. Draymond Green went for his 9th triple-double of the season (20, 10, 10), most in the NBA. Klay Thompson had 34 points, and he looks like an absolute nightmare to guard off the ball, by the way:

He is so hot right now. Klay Thompson on CSNBA. https://t.co/X76pzM5wZo

Dame Lillard and CJ McCollum each had 21 points, the Blazers have won 4 in a row and already beat the Wolves 3 times this season. The Wolves can’t shoot threes, which is kind of a problem in today’s NBA. But they do have this guy, so the future looks awfully bright:

Man, it’s nice to have Michael Kidd-Gilchrist back. MKG finished with 19 and 12 (as did Marvin Williams, exact same numbers) and was flying around doing MKG things against the terrible, awful, Western Conference-worst Lakers, pushing Charlotte to a blowout W. But hey, Kobe Bryant got his: a game-high 23 points on a game-high 18 shots. LA’s 10 straight losses ties a franchise record.