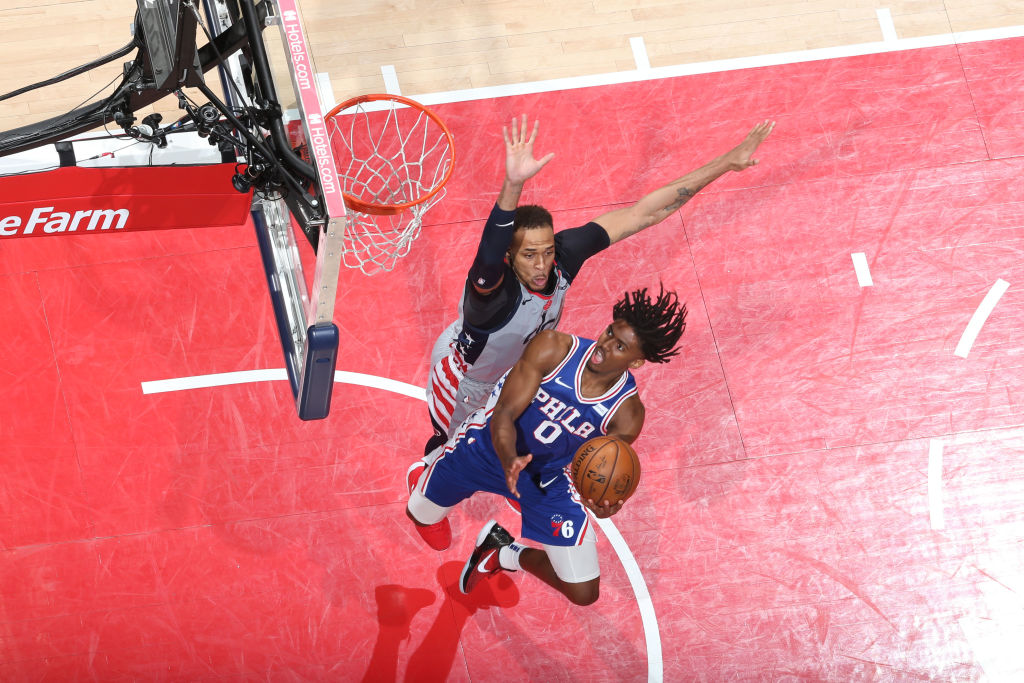 Monday night featured just two playoff games, both of which featured one vs. eight seed matchup.

The Washington Wizards, just one loss away from elimination, were set to fight the 76ers to stay in the playoffs. Following that matchup, the Memphis Grizzlies looked to even the series with the Utah Jazz.

The Washington Wizards needed a win Monday night to avoid being the second team sent home from the 2021 NBA Playoffs. Thanks to breakout games from frontcourt studs Daniel Gafford and Rui Hachimura, the Wizards were able to best the 76ers.

Gafford, who made his first start for the Wizards, managed to put up 12 points and block five shots while Hachimura had a 20-point, 13-rebound double-double. Bradley Beal led the Wizards in scoring, dropping 27 points on 9-23 shooting from the field.

On the other side, Philadelphia losing their first postseason game wasn’t optimal, of course. However, the real cause for concern lies with All-NBA center Joel Embiid.

In the first quarter, the four-time All-Star fell awkwardly on his knee, causing him to miss the rest of the game. While the 76ers may not need Embiid to close out the Wizards, Philadelphia may only go as far as Embiid can take them on the rest of their postseason journey.

The positives on the court for the 76ers took the form of Tobias Harris, who had a 21-point outing, and rookie Tyrese Maxey, who finished with 15 points off the bench.

The Memphis Grizzlies couldn’t replicate the underdog success of their fellow eight-seed Wizards on Monday, but they did keep the Utah Jazz within reach all night.

The Grizzlies managed to have three players finish with at least 20 points in Ja Morant (23), Jaren Jackson Jr. (21) and Dillon Brooks (21). Memphis had a late surge in the fourth quarter, cutting the Jazz lead to just two with five minutes left to play, thanks largely to a 15-point fourth quarter from De’Anthony Melton.