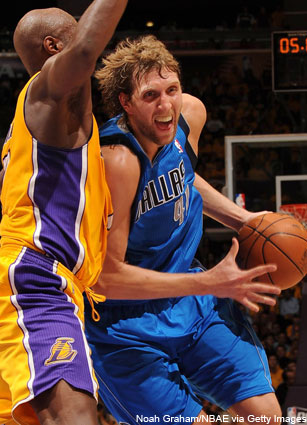 A famous Georgia native once proclaimed that life was like a box of chocolates because “you never know what you’re gonna get.” His momma told him that. I wonder if his momma would say the same thing about the Atlanta Hawks?

Atlanta came into the United Center and took a victory on the Bulls home floor. The floor where they’d won 28 of their last 30 games. Chicago, notorious for slow starts, continued that trend in Game 1 against Atlanta and now find themselves in an 0-1 hole, giving those who routinely like to proclaim them as “frauds” plenty of ammunition.

But let’s talk about what really happened.

The Hawks shot 51 percent from the field and 54 percent from behind the three-point line. That’ll never happen again. But still, when a team shoots that well in a game, they’re going to be pretty tough to beat. Another thing…

Jamal Crawford… Is. That. Dude.

Aaron Jamal is one of the coldest hoopers on the planet, period. His 22 points – a couple of which were incredible circus shots – equaled the Bulls combined bench scoring total. You can’t win like that if you’re Chicago. Their bench is far too capable and they must produce more.

For Chicago, Derrick Rose put up 24 points and 10 assists, but really seemed to struggle offensively. He also, ahem, didn’t shoot a single free throw in the game (message!). Luol Deng totally outplayed Josh Smith and Marvin Williams combined. Joakim Noah got the best of Al Horford (except on the glass) and Carlos Boozer finally seems to be trying to come out of hibernation. But none of that matters. Chicago still lost and they must play better, on both sides of the ball, come Wednesday.

No excuses on this one. The Hawks totally outplayed the Bulls in Game 1. – Bryan Crawford / @_BryanCrawford

There are some people in the press conference room who want some answers. They’re wondering when the Mavericks got good at defense. Tyson Chandler has totally transformed them, they’re saying, like they just saw a shooting star and were telling a small child.

This defense has been good for years. That’s not the problem. The problem is—and say it with me—Dirk Nowitzki has no help.

But, oh, it doesn’t even matter anymore. Dirk Nowitzki might win a championship this year anyway. He and the Dallas Mavericks, but mostly he, defeated the Lakers in Game 1 in Los Angeles, 96-94.

It is a grueling exercise to say how he did it, so we’ll do this: You know those shots Zach Randolph has been hitting lately, the high-arching floaters that go in regardless of coverage? They’re like works of art, really, and they go in all the time, especially the important times, especially when they’re not supposed to.

Well, it’s that shot exactly. Over and over again. About eight of Dirk’s 11 buckets tonight were that exact shot. He’s been doing that for about 10 years now, he just wasn’t awful three years ago and didn’t provide a contrast.

So sorry. This Mavericks team is not sexy. It is just up 1-0 in a series against the favorites in the West.

Oh, those favorites in the West. Everybody but Kobe was asleep. Kobe was electric, as usual. He had their first seven points. He got so hot he was chucking heat checks and some of them were going in. It invigorated no one.

When they needed answers not named Kobe in the last three minutes, when the Mavericks were able to move every defender on to Kobe until one worked (it was Jason Kidd), no one was awake.

“We went in the locker room and felt like we gave the game away,” said Phil Jackson. “Not sure we felt like Dallas outplayed us.”

Then Phil Jackson said something a little more prescient. He realized he wasn’t giving any specific strategic reason why the Lakers lost in the press conference. He was getting anxious.

So he said this: “Here, guys, I’ll give you guys some help. The game was won in the third quarter when we stopped playing defense and stopped playing offense, basically.”

Boy, did that ever sound like code for, “This team is asleep and I don’t know if I can wake them up in time.”

The Lakers are the better team. Everybody knows it. Kobe knows it.

“We don’t do it purposefully,” he said, about getting into these holes. “I assure you.”

This might sound a little stupid, but the visitor’s locker room after the game was the most optimistic 60×30 space I’ve been around in a long time.

The Mavericks were down 16, by the way, in the third quarter. This is supposedly the emotionally fragile team, the sad loose cannon, the guy who gets drunk and talks about kicking his ex-girlfriend’s boyfriend’s ass, but winds up getting drunker and monopolizing your night with their crying. They collapse.

Well, that phase is apparently over.

If the Lakers don’t wake up by Wednesday, this might be the year Dirk Nowitzki wins an NBA Championship all by himself. We’ll have to deal with the consequences of what that means later.

He just came into the press conference room and snatched the mic, holding it in his hand to answer questions. He’s like Nas up here. Everyone’s very impressed. Yeah, pay attention to that. Write your stories about that and this brand new Dallas defense.

This guy’s been a monster for a decade. — Ben Collins