Post Up: Jazz Hold Off Rockets To Even Series At 1-1 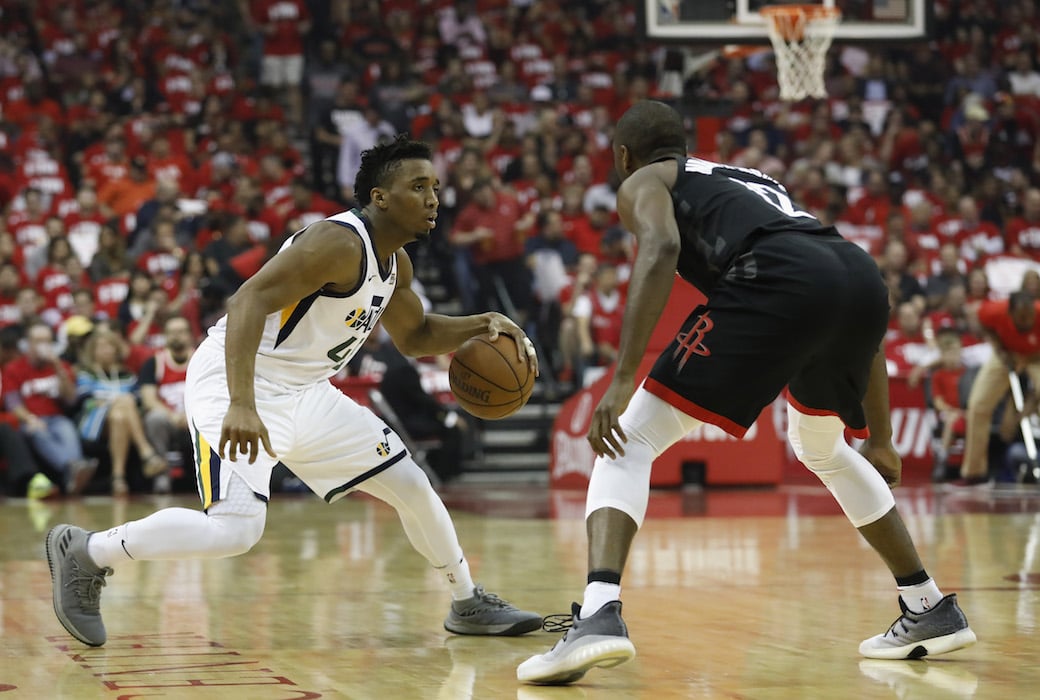 From the start, the Utah Jazz didn’t look like the team down 0-1 to the No. 1 seed in the Western Conference. And, after building a 19-point first-half lead, they showed the resilience to answer every Houston run and pull out the win on the road. Now, the Jazz head home in an even series and home-court advantage in what has become a best-of-five.

To start off, it was Joe Ingles. He hit three threes in the first quarter as Utah went ahead 36-28 after 12 minutes. Overall, he went 7-9 from three and scored 27 points.

In the second quarter, Rudy Gobert keyed a 9-0 run that made it 56-37 with 6:49 to play in the half. That’s when things started to unravel. From then to halftime, James Harden scored 15 points (he had 17 overall in the second quarter) as the Rockets pulled to within nine at the half.

Out of the locker room, Clint Capela picked up where Harden left off. He made three baskets (all off Harden assists) in the first minute and a half to bring Houston within four. Then the Rockets tied it on a Capela dunk before Trevor Ariza put them ahead a moment later.

Frustrations began to boil over for the Jazz, who seemed rattled on the road. Dante Exum, Derrick Favors, and Alec Burks all stepped up to bring Utah back into it, setting up a thrilling fourth quarter.

The two teams traded the lead a few times early on, but the play of the game put momentum firmly on the Jazz’s side. Up by four, Donovan Mitchell missed a short floater. He followed it up with this:

He finished with 17 points and 11 assists. For Houston, Harden had 32 points, 11 assists, and seven rebounds to lead the way.