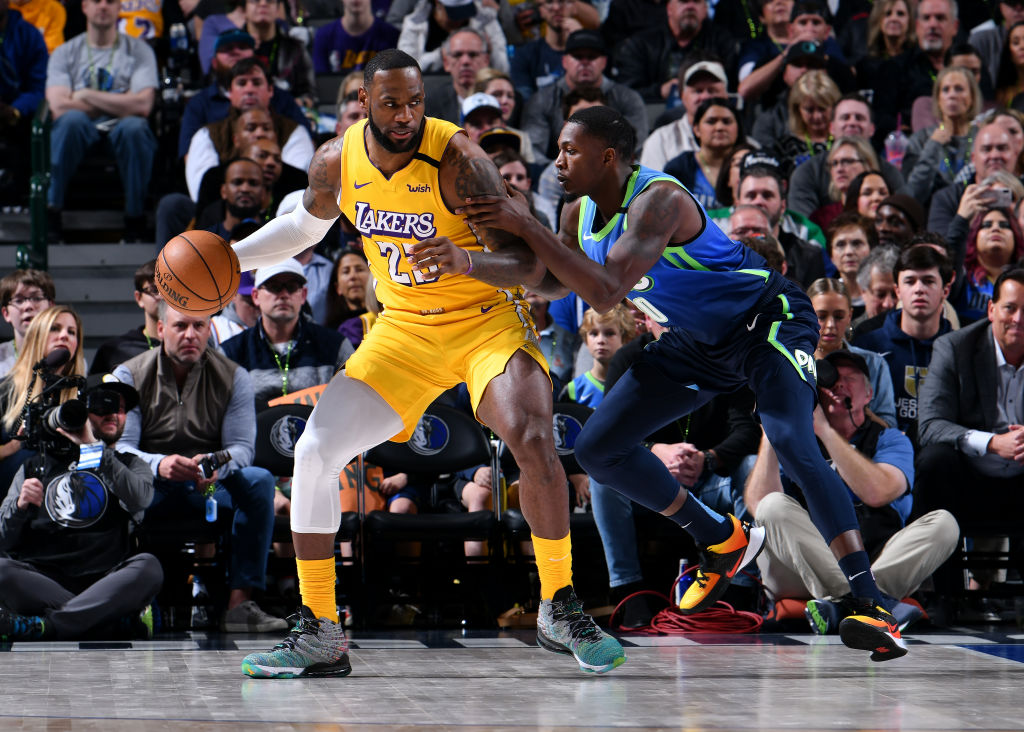 The Wiz have played admirably without star guard Bradley Beal. Jordan McRae scored 29 points, Troy Brown Jr chipped in 18 and 10 boards off the bench and Davis Bertans treated us to a surprising flush.

Watch out for the Birds. After a pitiful start to the season, they’re finding their stride, with an easy schedule and Zion Williamson on the horizon. In the present, Brandon Ingram went off for 28 points, Lonzo Ball had 11 assists and rookie Jaxson Hayes had 18 points, 10 rebounds and 2 blocks.

No matter how many starting lineups they try, the Knicks still find a way to lose. At least all five starters scored, and we glimpsed signs of life from the mysterious Frank Ntlikina.

Spencer Dinwiddie is so under-appreciated. He’s kept the entire Nets boat afloat while Kyrie nurses a shoulder injury, and tonight was no different. Dinwiddie dropped 26 points and 14 assists to take down the Heat.

Without arguably their best player Malcolm Brogdon (plus Victor Oladipo having missed the whole season thus far), the Pacers still took care of business against an inferior Bulls team. Center Myles Turner produced one of his best games yet, with 27 points, 14 rebounds and 2 blocks.

The Bulls wasted a fantastic Zach LaVine 43-point scoring outburst (he scored 20 in a row at one point), and look poised for another year in the lottery.

The new guard beating the old guard. There’s something symbolic about that, and Ja Morant and Jaren Jackson are the future, but the present is pretty damn good too. Jaren had 24 points on an efficient 8-11 shooting. Ja also had a complete game with 22 points, 14 assists and 7 rebounds.

The Spurs had beaten the Bucks and Celtics in recent games, yet they succumbed to the pesky Grizzlies. DeMar DeRozan had a 36-9-9 stat line, but it was not enough.

The Magic were leading the Suns 94-90 with less than a minute to go.

Then, Devin Booker happened. The star shooting guard drained a 3-pointer, then caught a steal on defense and came back down to splash another 3. Game, set, match.

The Jazz are rolling. Trading for Jordan Clarkson has been a godsend, as the seemingly minor trade simultaneously excised poor, yet consistently injured Dante Exum and brought in a much needed bucket-getter. Clarkson scored 20 points on 8-15 shooting, while Rudy Gobert provided his usual dose of stingy defense with 5 blocks and a modest double-double. The Jazz have won 13 of their last 14 games.

LeBron James did LeBron James things with his superstar sidekick Anthony Davis sidelined. Bron dropped 35 points, 16 rebounds and 7 assists to dismantle the Mavs, making him the first Laker to put up such stats since Shaq in 2003. Kyle Kuzma stepped into the starting lineup admirably with 26 points of his own.

Another day, another Bucks win while Giannis doesn’t even play 30 minutes. Khris Middleton (27 points, 11 rebounds) and Eric Bledsoe (24 points, 5 assists) led the way to crush the Kings, who actually stayed competitive through halftime.

De’Aaron Fox was phenomenal stuffing the stat sheet, with 19 points, 9 boards, 10 assists, 4 steals and even 2 blocks in the loss.

The Dubs played them close, but the Clippers still took care of business even without star Paul George. Kawhi had a monster slam dunk, and 36 points, 9 rebounds, 5 assists and 3 steals. Pat Beverley was one assist shy of a triple-double.