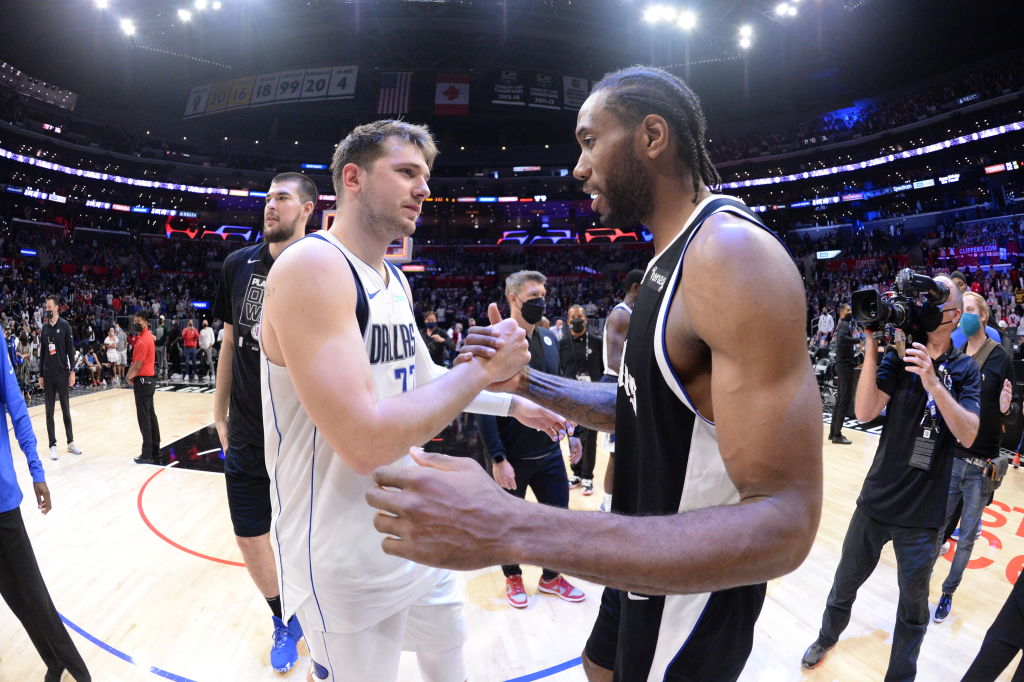 Sunday featured the final game of the first round as well as the first game of what might be an exciting matchup in the second round out East. Trae Young was able to lift his Atlanta Hawks over the Philadelphia 76ers, but Luka Doncic and the Dallas Mavericks fell just short to the LA Clippers.

We broke down both of Sunday’s games here.

Trae Young and the Atlanta Hawks came out hot in Game 1 against the Philadelphia 76ers, making a huge statement on Sunday afternoon. The Hawks were up by as many as 26 early in the game after going on a 17-0 run and held a 19-point lead with just over eight minutes remaining. From there, the Sixers would climb back in and nearly pull f a late comeback win, pulling within three points with a minute remaining.

Young scored 25 of his 35 points in the first half, with Bogdan Boganovic carrying the team late, finishing with 21 points. John Collins produced 21 points of his own while Kevin Huerter led the reserve unit with 15 bench points. Joel Embiid returned to action from his knee injury, notching 39 points and nine rebounds. Ben Simmons finished with 17 points and ten assists while Tobias Harris and Seth Curry both scored 20+ points each.

Luka Doncic came out with intention in Game 7, notching 19 points and 29 through the first half. After being down by five points early in the second half, the Clippers went on a 24-4 run to finish the third quarter to go up 15 points entering the final frame. After being down 15 or more nearly the entire fourth quarter, Dallas went on a 13-3 run late in the game to pull within seven points with two minutes left, but couldn’t get within striking distance.

Terance Mann played a huge role in the Clippers’ win, scoring 13 points off the bench in a game where all of his buckets felt like they came at the perfect time. Kawhi Leonard, Paul George and Marcus Morris combined for 73 points, 21 assists and 21 rebounds in Game 7. Doncic finished with 46 points, 14 assists and seven boards.