LeBron, Kyrie and Love score 20-plus, Isaiah Thomas dropped a career-high, and the Spurs put in work. 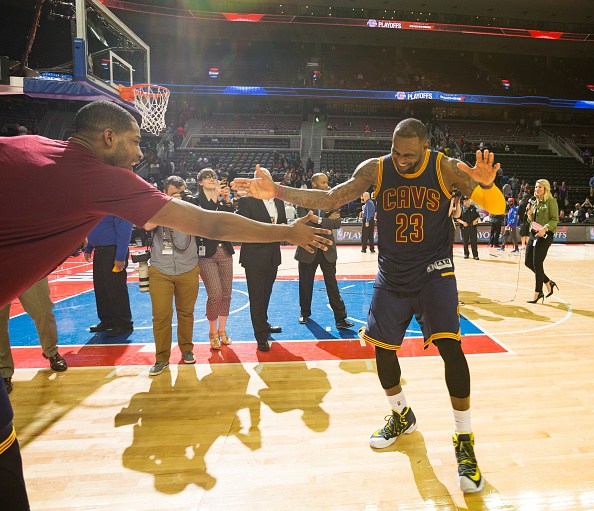 After LeBron James’ 27-point effort in Game 2, Pistons rookie Stanley Johnson declared – now infamously – to be “definitely in his head, that’s for sure.” Detroit coach Stan Van Gundy admonished the 19-year-old, citing the rookie’s inexperience at this level. Nevertheless, James’ double-double in Game 3 made Johnson’s remarks a moot point, as Kyrie Irving (26 points), Kevin Love (20 points) and the Cavs now enjoy a comfortable 3-0 series lead. With Game 4 looming on Sunday, the Cavaliers may very well complete a sweep of the Pistons on their way to the second round.

At one point facing a 17-point deficit, the Hawks would go on a 14-2 run to take the lead in the second half of Friday’s wild match-up. Atlanta may have received a combined 63 points from Kent Bazemore, Jeff Teague, and Dennis Schroder, but Isaiah Thomas’ career-high 42 points would propel Boston to a home victory.

Give the Grizzlies points for keeping Game 3 competitive. Coach Dave Joerger’s squad was behind the eight ball from the outset of Round 1, playing without Mike Conley, Marc Gasol, and Jarell Martin in this best-of-7 series. Kawhi Leonard scored a game-high 32 points, while LaMarcus Aldridge chipped in with 16.

Vince Carter provided fans with a thrill early on, showing he still has hops on this one-handed jam!