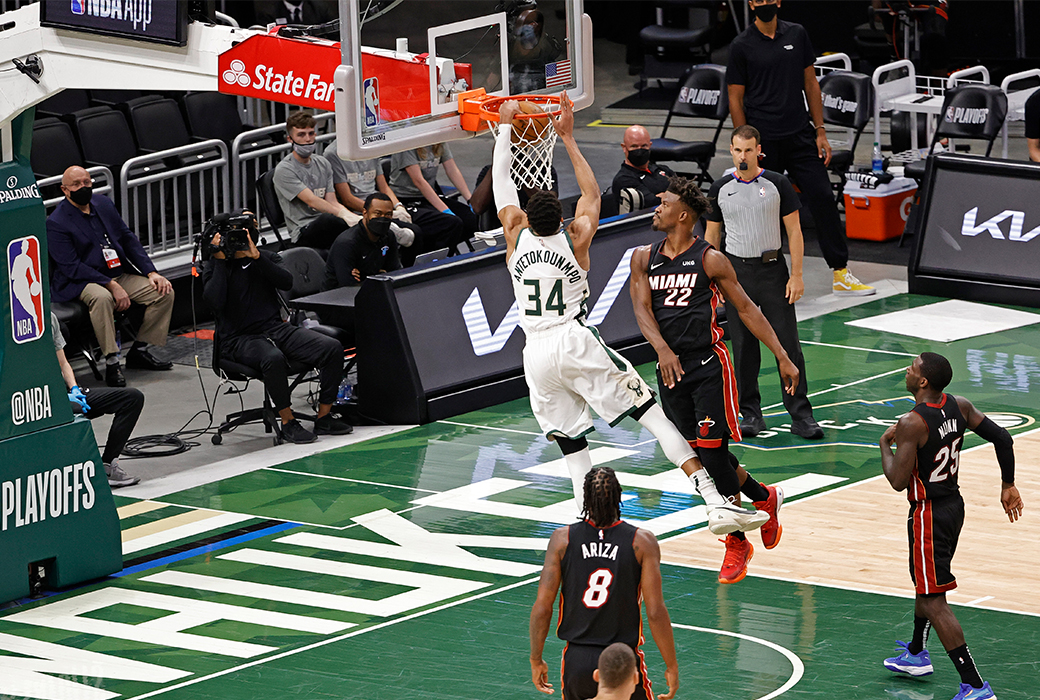 On Monday the first pair of games of the NBA Playoffs advanced to their respective second games.

The first game of the evening saw a Miami Heat team looking to even the series against the Milwaukee Bucks after a heartbreaking game one defeat. The nightcap featured the Denver Nuggets looking to get revenge after a disappointing loss in game one against the Portland Trailblazers.

After a tight overtime game that saw the Milwaukee Bucks narrowly escape with a win, game two was a much more comfortable experience. The Bucks led from start to finish, with the game being all but wrapped up by the end of the first quarter when the Bucks led by 26 points.

The Bucks hit 22 three-pointers as a team by the end of the game, with Bryn Forbes hitting six and finishing with 22 points and Pat Connaughton hitting five and finishing with 18 points. But Giannis Antetokounmpo led the way for Milwaukee, scoring 31 points and chipping in 13 rebounds and six assists for good measure. This will be a game to forget for Miami, but role players Goran Dragic and Dewayne Demon showed well, scoring 18 and 19 points, respectively.

After a tough night for the Nuggets in their opening game, they bounced back with force in game two. Denver got an MVP performance from Nikola Jokic, who had 38 points, eight rebounds and five assists to help lead the Nuggets to a comfortable win. Damian Lillard didn’t make it easy; he finished with a game-high 42 points, which included an outstanding 32 point, eight three-pointers first half.

The Nuggets got big minutes from Monte Morris, Paul Millsap and Shaquille Harrison off the bench. Morris scored 12 points and dished seven assists, Harrison only played 10 minutes, but they were crucial minutes as he guarded Lillard while on the court and Millsap dropped 15 points. C.J. McCollum and Norman Powell both had efficient scoring nights for Portland, scoring 21 and 15 points, respectively, but the bench will need to provide more. Portland’s bench scored just 21 total points as a unit, and only 15 of those points came before the final few minutes when Terry Stotts admitted defeat and pulled all the starters.