That was a big boy win for the Bucks. 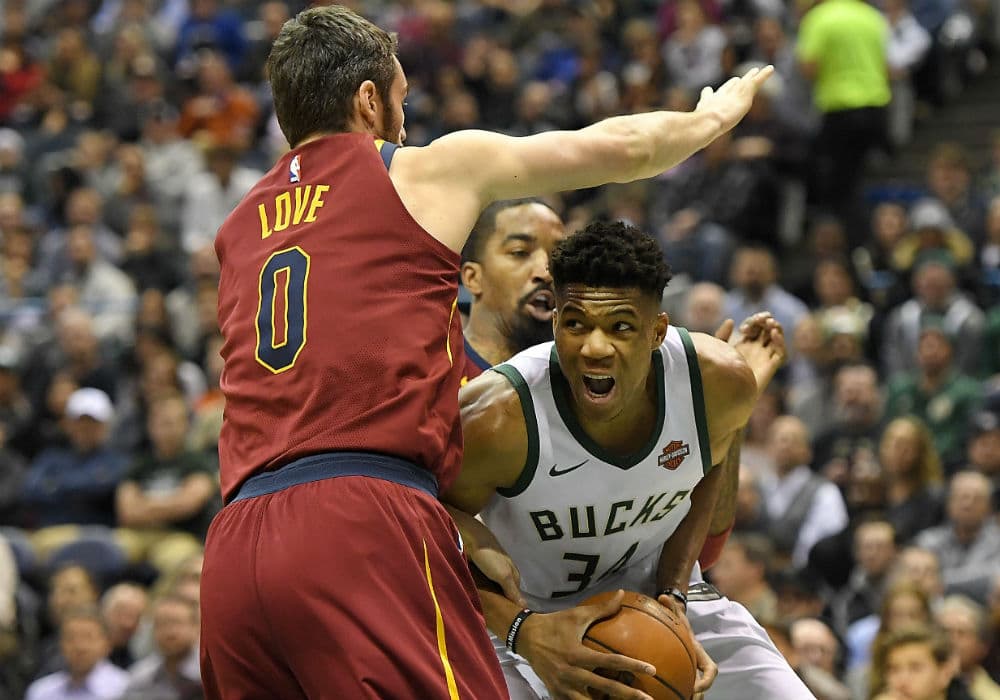 It’s been one step forward, one step back for New Orleans this month as the Pellies haven’t won consecutive games since late November. Anthony Davis (37 points, 9 rebounds) and DeMarcus Cousins (26 points, 13 rebounds) keep scoring at will but the bench (just 18 total points) hasn’t been able to pick up where Alvin Gentry’s starters have left off. The 5-for-20 three-point shooting didn’t help either.

Washington has gone through similar struggles with consistency this season, but has now won three of four. The Wizards’ bench is usually a problem too so Mike Scott‘s 24 points in 23 minutes were huge as Bradley Beal (26 points) and John Wall (18 points, 10 assists) paced the starters.

The peripheral vision 😳😳😳 (via @WashWizards) pic.twitter.com/B08UpOi5vN

If Scott can be a more reliable scoring threat off the bench, the Wizards are a much more dangerous team. Come playoff-time, when rotations shorten up, he could be a difference-maker.

Philly is obviously a much different team when Joel Embiid doesn’t play, but that shouldn’t negate how troubling the 76ers’ recent slide is. With the loss to Sacramento on Tuesday night, Brett Brown’s club has dropped seven of its last eight games including defeats to the Bulls, Suns and Lakers.

Ben Simmons neared another triple-double (13 points, 12 rebounds, 9 assists) on only six shots while Dario Saric, J.J. Redick and Robert Covington (combined 11-for-49 from the field) couldn’t get it going offensively. With that said, Philly held a halftime lead and threatened to pull away multiple times but the Kings — led by Zach Randolph‘s 27 points — kept fighting and moved in front with a big fourth quarter. They got big shot after big shot down the stretch to hold the 76ers off.

Only three Kings hit double digits on the night: Z-Bo, Frank Mason (16 points) and Buddy Hield (24 points). With De’Aaron Fox leaving the game early due to a flare-up of the right quad injury that has been bugging him as of late, Mason took over primary point guard duties in the second half and shined. The Kansas product slipped to the 2nd round in June’s draft but has been great for Sacramento, showing off his athleticism at both ends. Looks like the Kings got a steal with him.

What a crazy game. After the Cavs got off to a quick start with a 34-point first quarter, Milwaukee roared back in the second to take a big lead at the break. The Bucks let Cleveland hang around despite being ahead by 20 early in the fourth. Then, the Cavs started to chip away even with LeBron on the bench as Jeff Green and Dwyane Wade forced the issue at the line and from three-point range to eventually regain the lead with just over five minutes to play.

Milwaukee went back up on a Malcolm Brogdon three which spurred Ty Lue to put LeBron back in. He immediately got to work, drilling a trademark stepback three over Tony Snell to tie the score at 110 a possession before barreling to the rim for a go-ahead three-point play. Snell got his revenge though, hitting a transition three to put the Bucks back on top. After a Kyle Korver miss, LeBron nearly stole a Snell pass that would have set up an end-of-game possession for Cleveland down two but Giannis stole it from him and notched a three-point play of his own to seal the W.

The gamewinner. What a finish. 👏 (via @NBATV) pic.twitter.com/TfWEQkIhGk

It was another casual 39-point night for LeBron to go with seven assists. Kevin Love also played well, scoring 21 points and grabbing 10 boards. Korver and Jae Crowder missed a lot of open looks, combined to go 0-for-9 from beyond the arc. Giannis (27 points, 13 rebounds, 8 assists) and Eric Bledsoe (26 points) were great from start to finish for Milwaukee, while Khris Middleton added an 18-point, 10-assist double-double and Brogdon chipped in 16 off the bench.