It went to OT once again in Toronto, but this time, the Raptors came away with a crucial win. 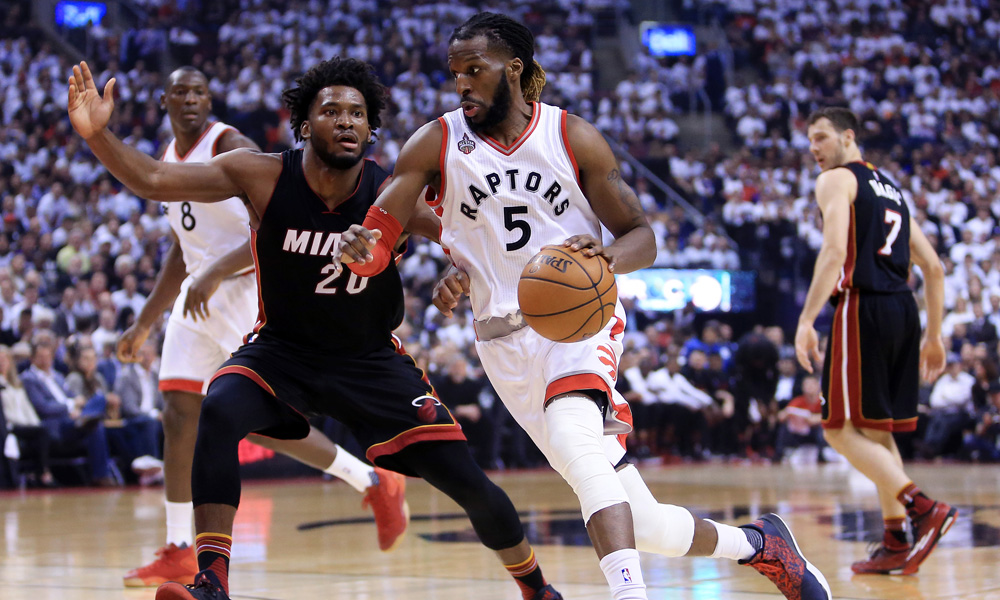 Both teams traded clutch buckets at the end of regulation, and ultimately had to go an extra period to decide the outcome. Toronto scored the first six points in OT, and Miami couldn’t get a bucket until 23 seconds left in OT—which proved to be too little, too late.

Jonas Valanciunas provided a big night with 15 points and 12 rebounds, as did DeMarre Carroll had a Playoff-high 21 points with 3 threes. Kyle Lowry and DeMar DeRozan continued to shoot the ball poorly, but combined for 38 points.

The Heat committed 21 turnovers (11 in the first) after coughing it up 20 times in Game 1. Obviously, they’ll have to take care of the ball much better when the series heads to Miami on Saturday.