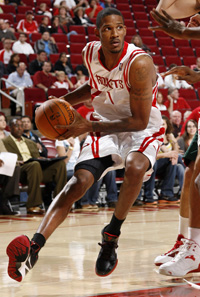 Guess who’s back…. Back again….

That’s right. I’m ready to three-peat with the Post Up. Who knew we’d be here, three seasons deep. I certainly didn’t.  Also, pretty pumped about the back-to-back song references there. Yes, I am a nerd, you already knew this. More importantly, yes, the NBA is back.

Lakers championship ring ceremony tonight. The Celtics taking on Bron and Shaq. It’s the beginning of my getting accustomed to Trevor Ariza in a red Rockets uni and my goodness, Gil Arenas is BACK. I’ll be liveblogging the Lakers/Clippers game over at TheScore.com so check me out if you feel inclined.

Jumping right in, there are going to be some changes around here. This season, the Post Up is going to be your spot to check in, gather and discuss the action from the night before. I’ll be here, recapping my night of NBA watching, but because of my Raptors focus, the game by game recaps will be replaced by game notes from our writers all over the NBA instead.

If you were wondering what the heck I’ve been up to here in Toronto and why I won’t have time to recap each and every game, I’ll take this time to fill you in. Of course I’ll still be watching games all night every night, but I’ve been working as a beat blogger for the Court Surfing blog over at The Score. This means hitting up practice every day and producing content daily as well. In addition, this season I will begin writing game stories for NBA.com and I’ll continue to be running liveblogs three to four days a week over at The Score. At 9 a.m. every morning, Monday-Friday, I then get to write my thoughts about how this season is unfolding right here and talk with you guys every day!

I fully intend to be as maxed out on NBA bball as possible. I also plan on soaking up every second.

As I said above, I’m still not entirely sure how I got here, but I do know that you’ve all been a part of it. I didn’t think it was possible to love this game anymore, but with each new experience my appreciation for the sport, the coaches who teach it and the athletes who play it somehow manages to grow. In the past year I’ve sat courtside for the first time on press row (and had my mother call me leaving voicemails because she could see me on her TV), went to my first NBA Draft, fell absolutely, entirely in love with the magic of summer league and took in my first training camp and preseason.

The offseason really wasn’t much of a break and that’s exactly how I like it.

I’m going to take a paragraph or two out of my opening night Post Up from last season because I think it still sums up how I feel about opening night:

The first day of the NBA season is like a bunch of things. Your first day of school with freshly sharpened pencils, the smell of new looseleaf and back to class outfits, all designed to help make the transition easier. It is like the first day at a new job, when you know you are capable and have the skill, but hope your supervisor can get the most out of you and motivate you to perform to the best of your abilities. It’s is like a first date, when the anticipation has been building and you know the chemistry is there but you pray the pieces fit together properly for at least a season. For fans like us, basketball IS life as we know it. And that is why today is a day to be celebrated.

Enjoy your work day/school day/sick day/off day and make sure you’ve cleared your schedule and that wife/kids/girl/boy/work/friends/all other distractions know that tonight you are booked up. No exceptions, ifs ands or buts. Not only is our game here, TNT is in the house as well. Yes, the boys are back and we’ve got two fantastic match ups waiting for us tonight.

Now, let us talk basketball. The Lakers get their rings tonight. The last time the Lakers won it all, I was in the 11th grade. This time might be sweeter because it felt like redemption for Kobe and Lamar being a champion feels like a gift in itself. As for the rest of his offseason doings, if Mr. Odom is happy, I’m happy.

When it comes to thinking about the excitement of the season, I might be more excited to watch Kevin Durant than any other player this season. OK, I lie. Brandon Jennings. DeMar DeRozan. Jonny Flynn. You all know I love my rookies. Then there’s Gil Arenas. Leon Powe. Stephen Jackson.* My “heart” guys. You all know I can’t choose just one. For real though, KD’s my pick to lead the League in scoring! Thanks to Twitter I’m a little in love with this OKC team.

Random sidenote: Anyone else notice how many photos we’ve seen of guys getting pedicures this offseason? I’ve seen some ugly feet in locker rooms, but I’m thinking that just might change this year.

. After getting to 2,000 followers, he is giving away tickets, not limited to Toronto. If you’re not from Toronto, follow him and tweet at him for some tickets in your city. If you are from Toronto and you’re not following this man, step your tweet game up.

We had the Celtics in town for a preseason game here in Toronto and while I’m not entirely convinced that KG is fully healthy, if he is, they are my team to beat in the East. This may be because Rajon Rondo has become my favorite point guard not named Chris Paul. Who would have thought a diehard Lakers fan like myself could ever say she loves a Celtics team? Covering the NBA will change you in ways you just weren’t prepared for, I guess.

In the West, I really, really like Denver. I can’t tell you why, except to say I think we’re going to see a Melo that is matured and focused and straight up balling this season. I’ve still got the Lakers taking it all, but my word, the Spurs are going to be fun to watch, aren’t they? TD, Manu, TP, Richard Jefferson, Antonio McDyess. My second year man, George Hill. Rookie DeJaun Blair. Coach Pop. There’s a whole lot of special going on in San Antonio.

I’m not quite ready to talk about the mess that is the Warriors, give me a day or two to get back into the flow of things around here and then we’ll go there. I will say, I’m thinkin’ of Steph Curry and his classy little self. Also, secretly hoping that somehow Stephen Jack gets sent to Cleveland.

Yeah. Bet that doesn’t surprise any of you.

OK, I’m actually starting to really ramble now. Apologies on that. Tell me what you’ve been up to all summer, who your team is, who is going to win it all, who is going to fall hard on their faces, tell me everything. I’m listening. And damn, I’m happy. Our game is back!

* He will always be my guy with and without sanity, playing time, a team, etc.

** Between writing this and editing it, Blake G. is now out for up to six weeks. Damnnn, L.A. Clips curse! I still picked them to make the playoffs, though. Yikes. #ilovethisgame.