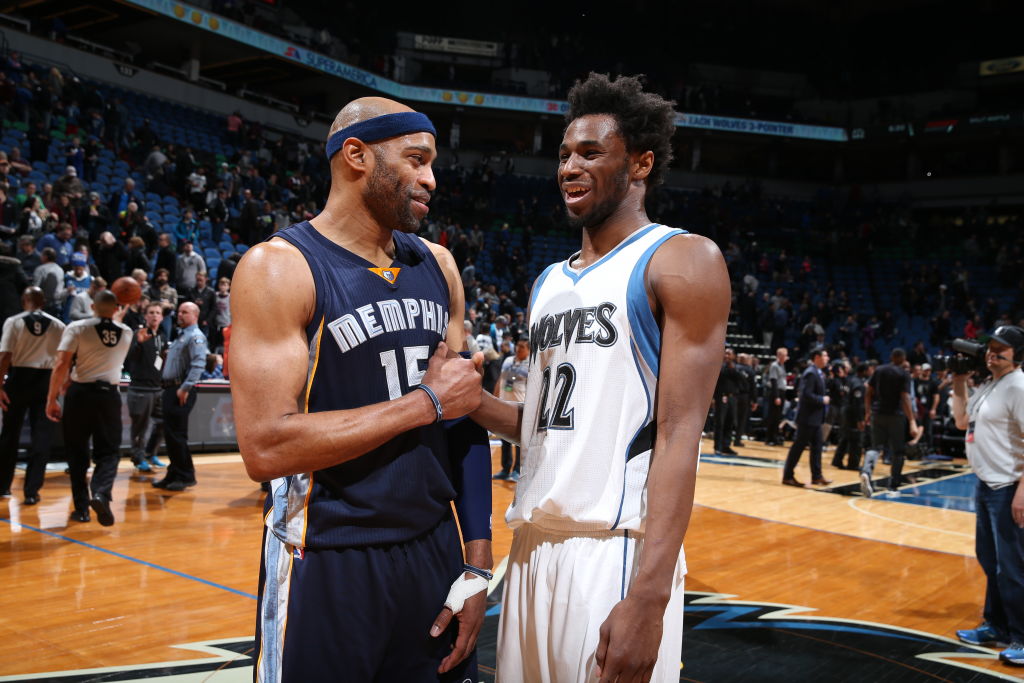 The Hawks entered halftime with a 65-39 lead and never looked back, blowing out the Magic behind a combined 42 points from Paul Millsap and Tim Hardaway Jr. Orlando shot a dreadful 34.6% from the field on the night, falling to a 3-7 mark over their last 10 games.

Look at where Bazemore is at the start of this alley-oop…😳 pic.twitter.com/pvhOjw13HC

Are the Wizards ever going to lose at home again? Washington outscored the Pelicans 25-8 in the fourth quarter, cruising to their 17th straight victory at the Verizon Center. John Wall had 25 points with 13 dimes, Markieff Morris added 18, and Marcin Gortat grabbed 17 boards with 12 points. As has been the case throughout the season, the Pels lacked offensive firepower behind Anthony Davis; despite nearly tallying a triple-double, Jrue Holiday shot 5-of-17 from the field.

The Pacers cruised to their sixth straight victory, as Paul George scored a team-high 21 points and Lavoy Allen added a double-double (18p, 11r). Indiana went on a 20-5 run in the third quarter, signaling defeat for Marcus Morris (19 points, six boards) and the Pistons. Despite emerging with the W, Pacers coach Nate McMillan wasn’t thrilled with his team’s effort.

“We just felt like we didn’t establish ourselves defensively, giving up 58 points, in the first half,” coach Nate McMillan said. “Way too many points to be giving up. I thought we responded in the second half and I though the defense got stronger with each quarter.”

Hassan Whiteside had a field day with the Joel Embiid-less 76ers, scoring 30 points with 20 rebounds. Dion Waiters scored 21 while Goran Dragic and Tyler Johnson tallied 16 points apiece, blowing out Ersan Ilyasova (21 points) and the Sixers. The legend of Dion Waiters continued to grow after the game:

After tonight's game I asked Dion Waiters a question about his confidence level. His answer lasted nearly 4 minutes. Here it is. Enjoy. pic.twitter.com/kqjRLRuJJj

Give the Knicks credit for fighting back; entering halftime facing a 64-45 deficit, it appeared the Knicks would flounder in this primetime match-up. Brandon Jennings turned in a 23-point performance and Courtney Lee added 17, but LeBron James (32p, 10a) and the Cavs were ultimately able to protect their lead after a rocky second half. Carmelo Anthony was hearing it from the crowd for parts of the game, and appears to be fed up with the MSG boobirds.

It was a somber day in Minnesota, as the Timberwolves absorbed a close loss after learning Zach LaVine would be out for the year with a torn left ACL. Karl-Anthony Towns double-doubled with 27 points and 16 rebounds, but the T’Wolves blew a 31-15 first quarter lead in their third straight defeat. JaMychal Green led the Grizzlies in this one, going off for a career-high 29 points with six boards.

With Saturday’s win, Gregg Popovich became the winningest coach in NBA history with an individual team (1,128 victories). Aside from a banner 20-point night from Jamal Murray, the Nuggets appeared outmatched from the jump; getting outscored 65-47 in the second half. Kawhi Leonard, Manu Ginobili, Tony Parker, and Jonathan Simmons each scored at least 18 points. Following the W, Parker delivered props to his legendary coach.

“Growing up, Jerry Sloan was one of the big names, watching the (NBA) Finals and stuff like that,” Parker said. “To have Pop up there, he’s going to keep it going. It looks like he’s not getting tired at all. He’s not going to stop anytime soon.”

Devin Booker went off for 27 points in the second quarter…and the Suns still lost by 25. Giannis Antetokounmpo scored 18 of his 30 points in the first quarter and Mirza Teletovic added 19 in the victory. Marquese Chriss achieved a milestone in the loss, recording a career-high 27 points.

Draymond Green made his return to the lineup, but Golden State absorbed an overtime defeat at the Golden 1 Center. Kevin Durant had a rare off-night, scoring just 10 points on 2-of-10 shooting from the field. DeMarcus Cousins recorded a double-double (32p, 12r) and Willie Cauley-Stein lived up to his promise off the bench, scoring 14 points in 17 minutes. The Warriors played most of the second half without their head coach, as a livid Steve Kerr was ejected in the third quarter.