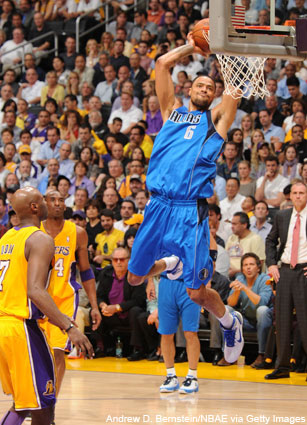 Derrick Rose was presented with his MVP trophy just before tip-off last night in an emotional ceremony in which he stated that the award wasn’t for him, but for the City of Chicago. Then, the Bulls went out and did what everyone was really there to see them do, win Game 2.

It was a must win for Chicago, no doubt, as they couldn’t afford to head to Atlanta down 0-2. The game was ugly on both sides, but the Bulls played much better defense on Wednesday night than they did on Monday night and managed to walk away with the series tied at one game apiece.

Joe Johnson and Jeff Teague both continued to play well. Johnson, although he didn’t score 30+ in this game, still managed to shoot efficiently and seems to be the only reliable and consistent scorer that these Hawks have. Teague has also been a pleasant surprise. In two games he’s not only shot the ball well, he’s also taken care of it to the tune of having only 1 turnover, which occurred in Game 2. I think most predicted him to play and perform well, but I’m not sure anyone could have predicted that he would play this well.

For the Chicago Bulls, it was an ugly win, but they’ll take it nonetheless.

Derrick Rose still hasn’t played well, and last night was especially bad as he scored 25 points point but took 27 shots to do it (1-8 from the three-point line). He also had 8 turnovers to go with his 10 assists. Still, the shots that he did make seemed to be timely, and at least he got to the FT line this time.

Joakim Noah was a beast as he had 19 points and 14 rebounds, 7 of those came on the offensive glass. He totally outplayed Al Horford and seems to be establishing himself as a strong presence in this series as supposed to the Pacers series in Round 1.

Luol Deng played solid but Carlos Boozer is still struggling. It’s gotten so bad that Bulls fans in the United Center have begun to boo him whenever he’s out on the floor or being subbed out of the game. His teammates have rallied behind him, but you have to think that something like that is really bothering him.

All in all, the both the Bulls and the Hawks did what they were supposed to do in the first two games. Atlanta stole one and Chicago won a game that they couldn’t afford to lose. This all sets up nicely for Game 3 on Friday in Atlanta. – Bryan Crawford / @_BryanCrawford

There might not be answers. All we can do is explain it, like a UFO sighting or a very complicated crime scene, and hope we parse it out by Friday so we know what to expect.

That’s mostly what this 2-0 series lead is at this point, anyway—a very complicated crime scene. Everything you know is dead, everyone is ruled by confusion, and the Mavericks are running away scot-free because they’re too scary-looking to try to needle at.

So, the explanation. The Mavericks came out a little hot. DeShawn Stevenson hit those corner threes he’s hit for two months in his entire career, and those two months were at the start of this season. He looks like that guy again. He has the swagger of a thousand Marines on port. It was contagious.

The Mavs led early and the Lakers crawled back. Little bits of Kobe here and there until the crying stopped. He figured out Kidd, so they switched Stevenson on to him. Then this process repeated. The Lakers had glimpses of the lead, but decided they didn’t want it, so they lent it back like ugly jewelry.

Not to be all terribly linear here, but then the third quarter came and the Lakers couldn’t hang anymore.

The 2005 Detroit Pistons. That’s it. That’s what you were thinking of all that time you were trying to think of how well this Dallas team collapsed around the Lakers in the paint in this quarter. Pau began missing so many layups that Lakers fans were booing a team that was down 5 in a Playoff game.

Nobody in gold got any looks worth taking within 16 feet. This wouldn’t be a world-ending problem if the Lakers could hit a jumpshot tonight. They couldn’t. The third quarter shot chart is actually kind of funny, if you find lots of spread apart Xs hilarious.

Oh! We should probably mention the murder weapon at this point. We’ve been focusing so much on the confusion because it’s so compelling in hindsight—it would make for a masterful episode of Cops—but there was a definitive attacker and a definitive victim.

The attacker was JJ Barea, of all people. He penetrated on a defense that forgot how switches on pick-and-rolls work and just took over. A floater here. A Kidd three there. A Brendan Haywood dagger dunk with about five minutes left. He looked like a real second option tonight and it kind of freaked everybody out.

The Mavs are all pent up with swagger right now, and why not? It’s a whole postseason of has-beens and hustle players turning into superheroes.

So, of course, the Lakers are exactly like us right now: They have no answers.

The Lakers are dead. Long live the Lakers. No, actually, it’s probably too late. — Ben Collins