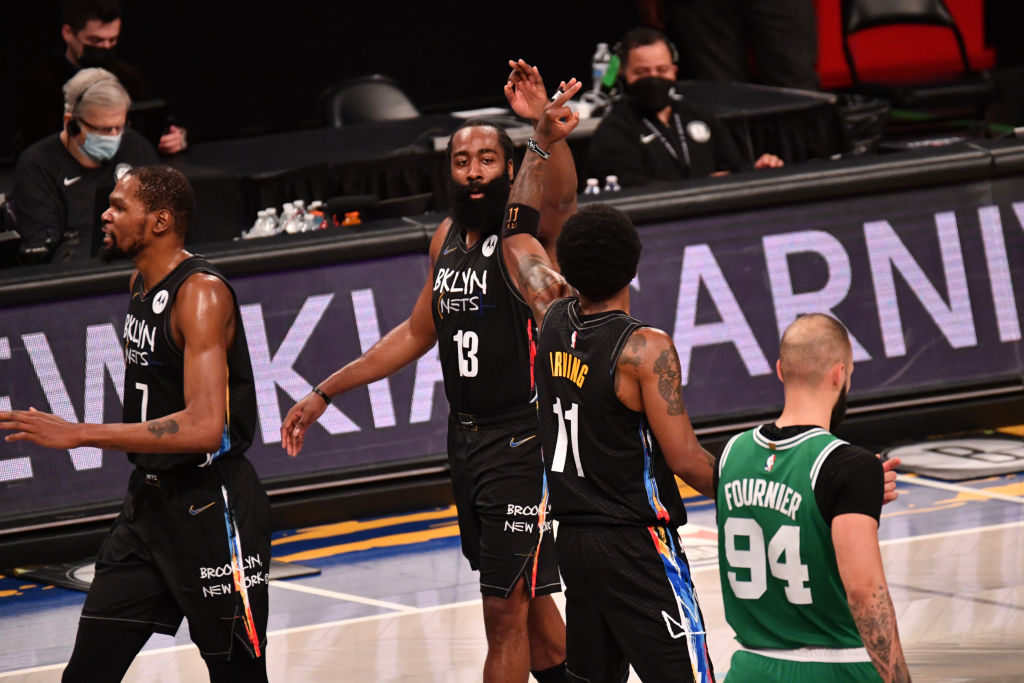 On Tuesday night, a trio of Game 2 matchups took place in three pivotal games. With six teams fighting for a spot in the second round of the 2021 NBA Playoffs, each game featured many big moments.

Yet again, the fourth day of playoff games did not disappoint, as three teams made major statements. We’ve broken down each of the Tuesday’s matchups below.

After a fairly close matchup in Game 1 of the series, the Brooklyn Nets made a statement in Game 2 against the Boston Celtics. Breaking the game open early, including a 14-point lead after the first quarter, the Nets absolutely dominated in nearly every category.

In what was ultimately a 22-point win, the Brooklyn starters took care of business as they scored 97 points. Boston generally struggled offensively, with Marcus Smart’s 19 points leading the team. In a 2-0 hole, the Celtics will have to make major changes if they’re going to make this series competitive.

The biggest question coming into Tuesday’s game was around Chris Paul’s health. After suffering a shoulder injury in Game 1, it was unclear how restricted he would be in Game 2. While he did look limited at times on the court, uncomfortable doing certain things, he was still effective overall with his six points, five assists and three rebounds. However, he only played 22 minutes on the night, including less than three minutes in the fourth quarter as he was not able to close the game out.

After a poor performance from LeBron James and Anthony Davis in the first matchup, they turned things around on Tuesday night. That superstar duo combined for 57 points, 16 assists and 14 rebounds. They truly lifted the Lakers over the Suns in a statement win that evened the series.

Luka Doncic might have established himself as the best player in this series. The 22-year-old produced 39 points, seven rebounds and seven assists on the night in an emphatic performance. Kawhi Leonard scored 30 points in the first half to carry the Clippers, but finished with just 41 as he slowed down in the second half. Paul George and Reggie Jackson produced 28 and 15 points respectively, while the rest of the roster underperformed.

The Clippers are in a deep hole, headed to Dallas now to take on the Mavericks twice on the road. With Kawhi Leonard having a player option this offseason with the ability to walk in free agency, this could be a franchise altering series for LA if they aren’t able to pull out wins and advance. It will come down to the role players outside of Leonard and George giving the Clippers production.