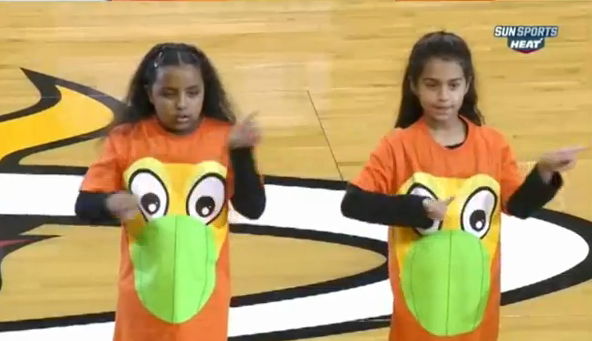 Hello SLAM fam! Man, it’s been a while since I’ve been in this space. But I’m happy to have passed off weekday Post Up duties to Pete, who has been doing a great job this year—not that I need to tell you that. The only thing I need to say before we get to tonight’s games is that if you love all that we do here at SLAMonline, don’t forget to check out TDdaily, our football site launched this season. Many of the same great voices you know and love (we hope) are doing great things over there, too. With that said, let’s hit Sunday’s slate, which included my hometown Wizards getting worked on the road in Miami.

OKC entered Sunday with the best record in the Western Conference at 25-7. Meanwhile Toronto, despite being mildly good at home of late, came into this game with an 0-15 record in games where they score fewer than 100 points. And even though Toronto was within two at halftime, neither of those things changed yesterday, as the Thunder calmly cruised past the Raps behind 23 points for Russell Westbrook and 22 points, 7 boards and 7 dimes from Kevin Durant—who also did this:

T-Dot had won 8 of 9 prior to Sunday’s L, and Alan Anderson showed off his smooth stroke by scoring 17 of his career-high 27 in the second quarter (including four threes). Anderson played 33 big minutes off the bench, and it was the former Spartan’s second straight outing of 20+ points. But unsurprisingly, even with a boost off the pine, the Thunder were just too much for the Raptors. Also:

3 techs in 3 games, not like me…@kendrickperkins is a bad influence on my life lol jk..I will be better, sorry guys

As if my day wasn’t already ruined (see: Washington Redskins), the Wiz once again stumbled to an L, this time capped off by a 21-0 run to end the game by the Heat. Imagine my delight, when after finally flipping away from the world’s most depressing way to lose an NFL Playoff game, I tune in to the last few minutes of Wizards-Heat, only to see my favorite team score exactly 0 points in the last 7 minutes of the game. Sunday Funday? Hell nah. Martell Webster was the only Washington starter to score in double figures (10 points), while LeBron casually dropped 24 points and 7 assists to lead Miami—which made its first 8 shots of the game. In other news, it was “Children’s Day” or whatever on the Heat’s broadcast, which made watching the game a healthy combination of genuinely cute and insanely awkward. Exhibit A, from the national anthem:

The several dozen people in attendance at the Palace on Sunday witnessed some high-quality NBA hoops last night. Kemba Walker tied the game at 96 with less than ten ticks left on the game clock on a soft floater over the outstretched fingertips of Andre Drummond in the paint and the two sub-.500 squads headed for overtime.

Charlotte jumped out in front in the extra frame, and though Rodney Stuckey made a miracle 3-pointer with 24.4 seconds left in overtime to get the Motor City men to within 104-101, it was just too little too late. The loss snapped a 4-game win streak for Detroit, despite Greg Monroe’s 18, 14 and 6. (Beast.)

All due respect to PJ Tucker, ’cause dude has had a nice little season breaking into the L this year. But you’re not winning game—let alone beating a team like the Grizzlies—if PJ Tucker is your leading scorer. Tucker had a career-high 17 points, but the only other Phoenix player with double-digits in scoring was Marcin Gortat (12). On the other hand, Memphis had 4 of its 5 starters in double figures, led by 21 from Z-Bo and 20 from Rudy Gay. The Grizz shot 54 percent from the field, versus 39 percent for PHX. Actually, the Suns were within 5 a minute into the fourth quarter after a Markieff Morris three-ball, but Memphis countered with a quick 10-3 run. Phoenix never led in this one, and has now lost 8 of its last 9.

There was a key stretch that began with about 2 minutes to play in the fourth quarter: With the Lakers trailing 101-97, they got a key stop, with the rebound to Dwight Howard. He turned, looking for an outlet pass, flicked it in the direction of Steve Nash on the left wing, but it was deflected by Javale McGee and the Nuggets scooped up the loose ball, then promptly scored. Then a Kobe miss led to a Ty Lawson blow-by (later, Nash) in transition and all of a sudden Denver’s lead ballooned back to 8 with a little over a minute to play. Dwight will get most of the criticism for the crummy decision (which it was) but L.A.’s guards have to come back and show for the big man—go get the ball—rather than leak out, leaving their center in a tough spot under his own hoop.

Then there was another one: Kobe drilled a cold-blooded three to get the Lakers within 3, then an Andre Miller drive was swatted back out past the three-point line by Howard at the other end. Luckily for the Nuggs, the rock landed in the hands of Danilo Gallinari, who didn’t hesitate to launch—and make—a massive trey from the corner to get Denver’s edge back to 108-102 with just 13.8 left on the clock. Peep it:

Crunch time notwithstanding, the Lakers didn’t play good enough defense to beat the Nuggets last night. And despite 29 points from the Black Mamba and a career-high 26 boards from DaWhite (plus 14 points and 4 blocked shots), Los Angeles fell to 15-18 on the year. Six Nuggets scored in double figures, led by Ty Lawson’s 21 points, 10 dimes, 3 steals and most importantly, zero turnovers.

The game’s two most telling statistics: First, Denver outscored the Lakers 60-38 in the paint. And second, Kobe had 18 points in the fourth quarter. Only two other Lakers scored in the period. Earl Clark had two. Jordan Hill had two. That’s it. Derp.

Dunk of the Night: Nash to Dwight was nice, but I love Javale McGee. Check it out as he posterizes…his own teammate Andre Miller.

LOL of the Night: One of the more ridiculous “possessions” you’ll ever see, from (yes, again) Nuggs-Lakers.