Post Up: Warriors Storm Back At Home To Force Game 7 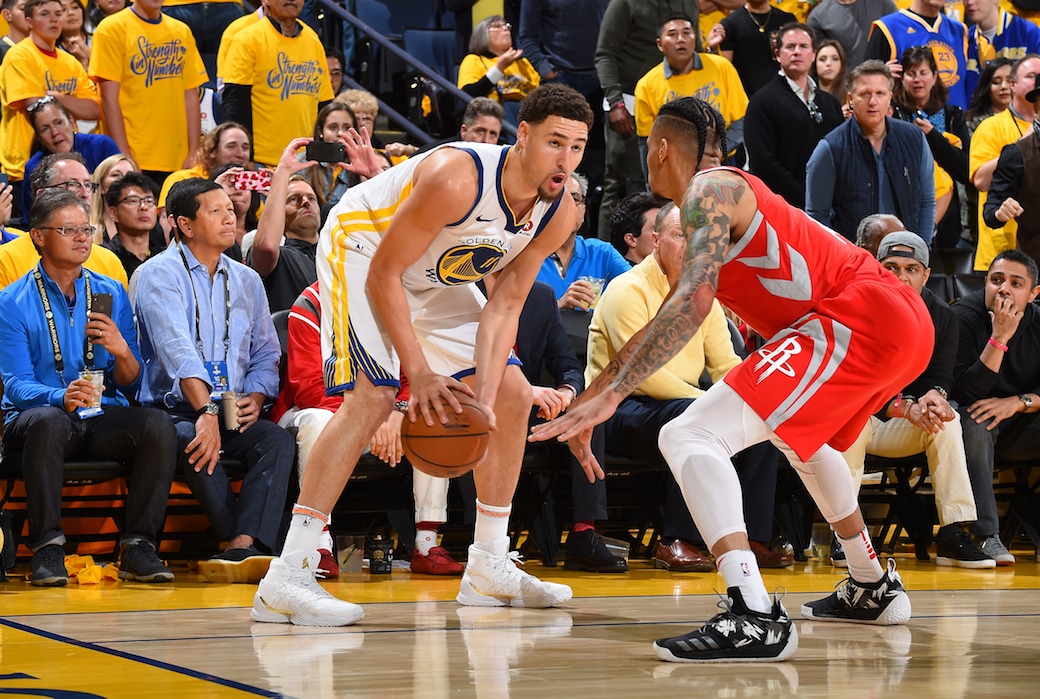 The Golden State Warriors put on a show in the second half on Saturday to force a Game 7 in the Western Conference Finals. But the final score of 115-86 was not at all indicative of how the game went for the first three quarters.

The Rockets led 39-22 after the first quarter behind four early threes from Eric Gordon. And when the Warriors made a run in the second quarter, Houston had the answer. Golden State got to within five with just over four minutes left in the half before a quick five points from James Harden and another three from Gordon put momentum back on Houston’s side. Harden finished the game with 32 points, nine assists, and seven rebounds.

Of course their 10-point lead at the half wasn’t going to go unchallenged.

It took two and a half minutes for the Warriors to score the first 11 points of the second half to take the lead and the two teams went shot-for-shot for much of the rest of the quarter. A few threes from Steph Curry and Klay Thompson put the Warriors up seven going into the fourth, but that was just a preview for the onslaught that was to come.

No question he’s knocking this down (via @NBA) pic.twitter.com/9Gf5O04X2l

Thompson, who finished with 35 points on nine threes, hit three from beyond the arc in the fourth quarter to lead the way and Golden State out-scored the Rockets 31-9 in the final 12 minutes.

In fact, after the first quarter, the Rockets scored only 47 more points the rest of the game. The Warriors won the second half 64-25. For the game, Houston shot just 40 percent, missed 24 threes, and committed 21 turnovers.

Game 7 will be on Monday night in Houston. Tip-off is set for 9 p.m. ET on ESPN.