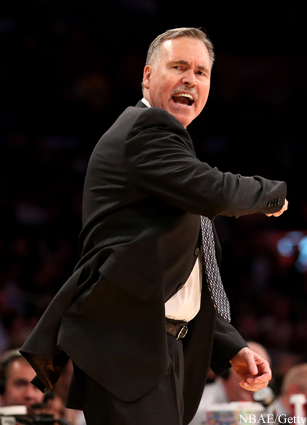 Toronto had a chance to put Philadelphia away in the fourth quarter but couldn’t find a way to put the nail in the coffin and the Sixers earned a come from behind victory in Canada. The Raptors led 87-80 early in the fourth and the odds were certainly in there favor. Prior to last night, the Sixers hadn’t won a game yet this season when trailing after three quarters. Nick Young got the comeback effort started with a three-pointer that trimmed the deficit to three with just over five minutes remaining. The Sixers had a chance to tie it up but both Jason Richardson and Dorell Wright missed three’s. The streaky Swaggy P finally knocked down a three to tie the score up at 92. The teams traded buckets until Richardson hit a layup while being fouled. Richardson went on to hit the free throw and put Philly up three with under two minutes to go. Toronto went ice cold in the fourth only scoring 18 points. Once Richardson hit his fourth three-pointer of the game to make the score 102-96, T.Dot couldn’t muster the offensive firepower to mount a comeback of their own.

— Kyle Lowry made his return last night and played 30 minutes. He scored 13 points, grabbed 7 boards and had 7 assists.

The Knicks opened up their three-game road trip by waxing the Hornets with another impressive performance. Melo went off early, scoring 19 points in the first quarter (the Hornets only scored 17) to help the Knicks open up an early 12-point advantage. New Orleans did comeback in the second, going on a 13-0 run to take a lead but the Knicks responded with an 8-0 run and took a 53-48 lead into the break. The Knicks jumped all over the Hornets in the third quarter and killed any hope of a Hornets win. New York led by as many as 26 and were able to rest their starters for most of the fourth quarter which should have them ready to go tonight in Dallas.

— Anthony Davis missed the game with a foot injury. He is listed as day-to-day.

The Seven Seconds or Less era in Los Angeles got off to a solid start last night as the Lakers held off the Nets in coach D’Antoni’s debut. LA jumped out to a ten-point lead in the first but the Nets bounced back and led 57-56 at the half. The game remained close in the second half and the Lakers nearly let this one slip away thanks to their All-Star center’s ineptitude at the line. Howard went 3-10 in the fourth as Avery Johnson used a “Hack-A-Howard” strategy to keep his team in the game. The move worked but it wasn’t enough to spoil D’Antoni’s debut. LA took the lead on a Pau Gasol with two and a half minutes to go then Kobe hit a hook shot after Joe Johnson airballed a jumper on the prior possession. Johnson then hit a fast-break layup with 36 seconds to go but Kobe hit four free throws down the stretch. The Nets had a chance to tie the game but DWill missed a three with four seconds to go and the Lakers held on.

— The Lakers are going to score a ton of points this season, that’s no surprise. What I’m curious to see is if they will stop anybody since D’Antoni’s teams are known to play little to no defense.