Zach Randolph scored the game-winning shot over Portland, and King James led the Cavs to victory at the Garden. 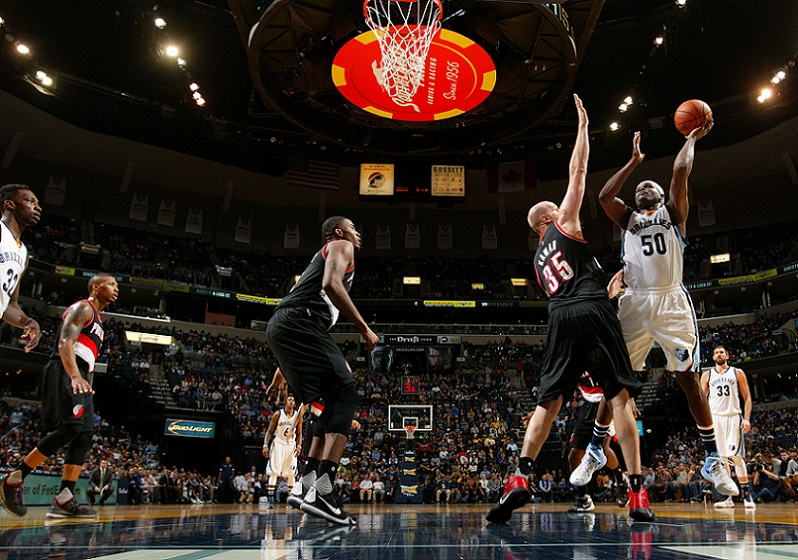 Danilo Gallinari scored 27 and Will Barton added 26 in the Nuggets’ third consecutive victory. Ty Lawson received a cold greeting from Denver fans during pre-game introductions and went scoreless in his return to the Pepsi Center.

The Lakers’ skid continues. Kobe Bryant returned from injury to no avail, as Zaza Pachulia’s double-double guided the Mavericks to their ninth straight regular season victory over Los Angeles.

Z-Bo came up big against his former team in this one. With the Grizzlies down one, and under three seconds remaining in the game, Zach Randolph landed a put-back shot to secure a win for Memphis. With Friday’s victory, the Grizzlies avoided their first five-game losing streak since Dec. 2013.

Jimmy Butler scored 27 and Pau Gasol added 19 in Chicago’s second straight victory. Nicolas Batum picked up much of Charlotte’s offensive slack, posting 28 points while going 5-for-6 behind the ark.

The Pelicans suffered from Anthony Davis’ absence on Friday. A 30-point effort from Eric Gordon couldn’t hold off Toronto from advancing their league to two games in the Atlantic Division. The Raptors were having fun early in this one, as evidenced by this highlight-reel jam from DeMar DeRozan.

Carmelo Anthony and LeBron James squared off in New York on Friday, with the Knicks coming up short despite entering the fourth quarter with a lead. King James drew oohs and ahhs from the Garden early on with a thunderous alley-oop.

The Celtics ended Friday’s game on a 10-0 run, aided by 23 points from Isiah Thomas and 19 from Amir Johnson. Entering the contest with a league-leading 3.43 steals per game, Jae Crowder picked four pockets against the Hawks.

Tobias Harris led the way with a double-double, recording 19 points and 13 boards as the Magic improved to .500. Harris has now scored in double figures six times this season.

While the Pacers may have come out on top, Paul George and Andrew Wiggins engaged in a memorable duel Friday night at the Bankers Life Fieldhouse.

The Kings managed to eke out a win over the bewildered Nets, who have now dropped eight of nine to start the season. Despite his well-publicized issues with coach George Karl, DeMarcus Cousins scored 40 points (30 in the second half alone!), including this ferocious third quarter jam.