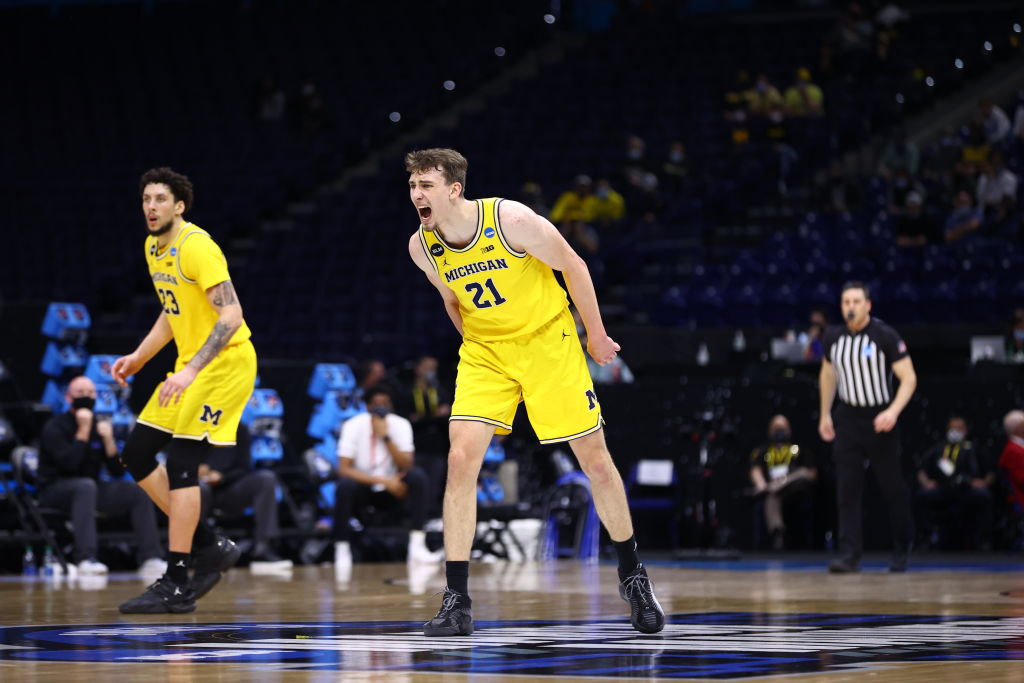 Michigan’s Franz Wagner was one of the most exciting players in college basketball this past season. A 6-foot-9 forward, he was key in Michigan’s No. 1 seed in the NCAA Tournament and on their path to the Elite Eight.

Just 19 years old, Wagner is known for being an excellent defender, but also productive on offense. Last season, he averaged 12.5 points, 6.5 rebounds and 3.0 assists.

As first reported by Adrian Wojnarowski of ESPN, Wagner will be signing an agent and declaring for the 2021 NBA Draft. Wagner is currently No. 9 on ESPN’s board and was the highest-rated prospect on that list that hadn’t yet declared for the upcoming draft.

Wagner’s older brother, Moe, is currently a member of the Orlando Magic and was selected No. 25 overall in the 2018 NBA Draft. Franz recently joked about Moe, saying if he can make it, anyone can.

The 2021 NBA Draft is set to take place on July 29, where Franz Wagner is expected to be a lottery pick.