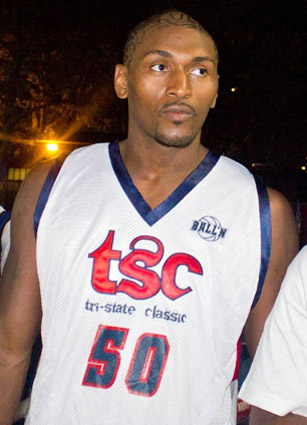 A few days ago, SLAM participated in a conference call with Rodney Jeter—the founder and developer of BALL’N footwear—Los Angeles Lakers forward Ron Artest and legendary streetball coach Antonio ‘Mousey’ West. All three men have spent extensive time playing in parks, parlaying their passion for basketball with a strong work ethic to reach their respective goals. We touched on a spectrum of topics, from the emergence and growth of BALL’N to the importance, impact and future of grassroots streetball tournaments. And with Ron being his outgoing and personable self, he shed some insight on the Lakers’ early exit and made his prediction for the NBA Finals.

SLAM: Explain the history of BALL’N. I feel that most people don’t know the company has been around since 1991.

Rodney Jeter: There’s so much that went into the vision, mission, and execution of the company. I grew up in inner city Chicago in the 80’s, and obviously basketball was king with the Bulls having success. As a teenager, I knew I wanted to do something with basketball. One of my biggest inspirations was my neighbor and friend Ben Wilson, who had an enormous impact on both the city of Chicago and my life.

I attended Wichita State University, served in the Army, and played for the US Army Traveling Basketball Team in South Korea. While in Korea, I spent lots of time visiting footwear/apparel factories, and I saw a lot of things. There were some really disturbing scenes; I’ve seen sweatshops loaded with women and children. I learned a little about the business and then developed and launched BALL’N in 1991 while overseas. My plan was to create a brand that connected with the streets—with the kids in the streets—and that did things the correct way, unlike the shops I saw in Korea. The brand targets kids in the city. It targets the kids who use basketball as a pressure release valve. It’s a scary world in the streets, and I wanted to do my best efforts to help give back and be a positive influence.

SLAM: How has the company expanded since its inception?

Jeter: Our first big break came in the early 90’s. I got in contact with Scottie Pippen, and he agreed to let us do the jerseys for his Pippen Summer Classic in 1994, which was Michael Jordan’s first real comeback game after his first retirement. The game was the last game ever played at the old United Center, and it aired on ESPN. A lot of players were there: Gary Payton, Charles Barkley, Penny Hardaway…. it was great exposure. That game put us on the map.

SLAM: Can you elaborate on Ben Wilson and his story? I’m honestly not too familiar with him.

Jeter: [Laughs] You ever heard of Derrick Rose?

Jeter: Ben Wilson was the original Derrick Rose. He was the city of Chicago in the late 70’s and early 80’s, and was the consensus No. 1 player in the nation. Ben starred at Simeon High School and led them to a State Championship, and was on track to be an NBA star, but was tragically shot and killed in my neighborhood on the eve of his senior season at the age of 19. The city was in shock and disbelief. His memory inspires me to keep working everyday. I started a streetball tournament in Chicago in honor of him a few years back.

SLAM: How’d you link up with Ron?

Jeter: I first met Ron through Coach Mousey this past summer at the Tri-State Classic tournament. We sponsored the tournament and

outfitted 16 teams. Both of us are a product of our environment, and are committed to the development of youth and building up inner city communities. With Ron’s exciting talent and his love for the future of the youth, he truly embodies what our brand is all about. It all formulated through streetball; everything connected right back to the streets.

Ron Artest: It just made a lot of sense. Everything about BALL’N made sense—the name, the message, the direction. I’ve been playing in the league for all these years, and I’ve been one of the most loyal streetball cats for a while. It’s a lot of fun, and BALL’N caters to the streetball roots of basketball, which is what I’m all about.

SLAM: How is it to represent BALL’N every night on the hardwood and out on the streets? Have you noticed increased awareness and interest in the brand?

Artest: I’m all for endorsing the company. They’re sending a positive message that embodies the heart and soul of playground basketball. I’ve seen increased interest and support in the league and on the streets, especially this past season. I wear BALL’N everywhere, and I keep repping so we’re only moving forward and continuing to grow.

SLAM: [To Rodney] What are your plans for BALL’N going forward? Do you have a vision for the future?

Jeter: The mission of BALL’N is the same from 1991: to create authentic athletic apparel and footwear that supports the development of athletes in their everyday lifestyles. The brand is about great products, love for the game, and a need to connect youth with the global community through sports.

SLAM: Coach Mousey, explain the Tri-State Classic tournament and its connection with BALL’N.

Coach Mousey: Three or four years ago I started the Tri-State Classic tournament, which is located on 145th and Lenox, about 10 blocks from Rucker Park. The tournament is an intense few days of basketball, where the top players in the City come out, draw a large crowd, and play competitive ball. Our league is growing, as we’re getting some of the best talent in the City and the Tri-State Area. BALL’N supplies the uniform, and has helped spread the word.

SLAM: You’ve had a long history in streetball, coaching in various leagues and tournaments. What made you want to start Tri-State?

Mousey: I’ve been doing this for 25 years. I’ve helped raise many of the guys in the NBA, through coaching and spending lots of time with them. I’ve won six championships in the EBC tournament at the Rucker, and helped start the Elite 24 Tournament. So at a certain point, I just felt I had no where else to go in terms of working for a league, but I wanted to keep on going and starting something fresh was the best way to do so.

SLAM: No doubt. Who are some of the guys you’ve coached?

SLAM: How was Ron as a teenager? I can only imagine.

Mousey: Ron was a beast. We used to walk around going from park to park from sunrise to sundown finding games. We’d be playing 8 games a day, nonstop. That’s why Ron loves streetball, because we played so much.

[Artest chimes in]: We literally played all day. I grew up playing against older men, so when I reached the league I wasn’t scared of anybody. Some of the dudes we played in the street were just as talented as the guys in the NBA. 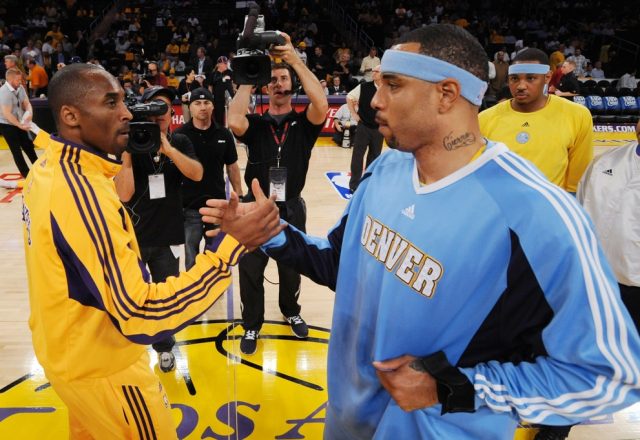 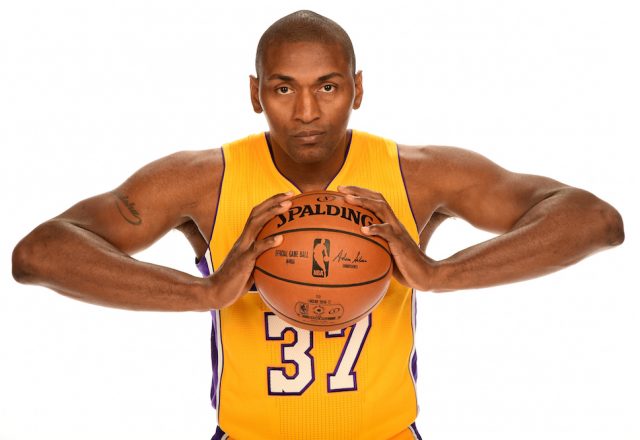 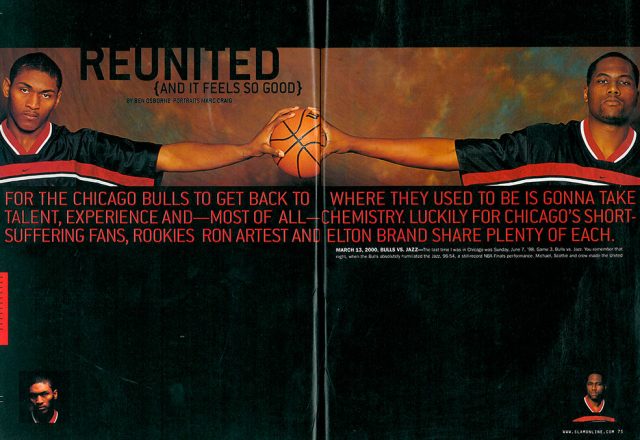 Reunited [And It Feels So Good]