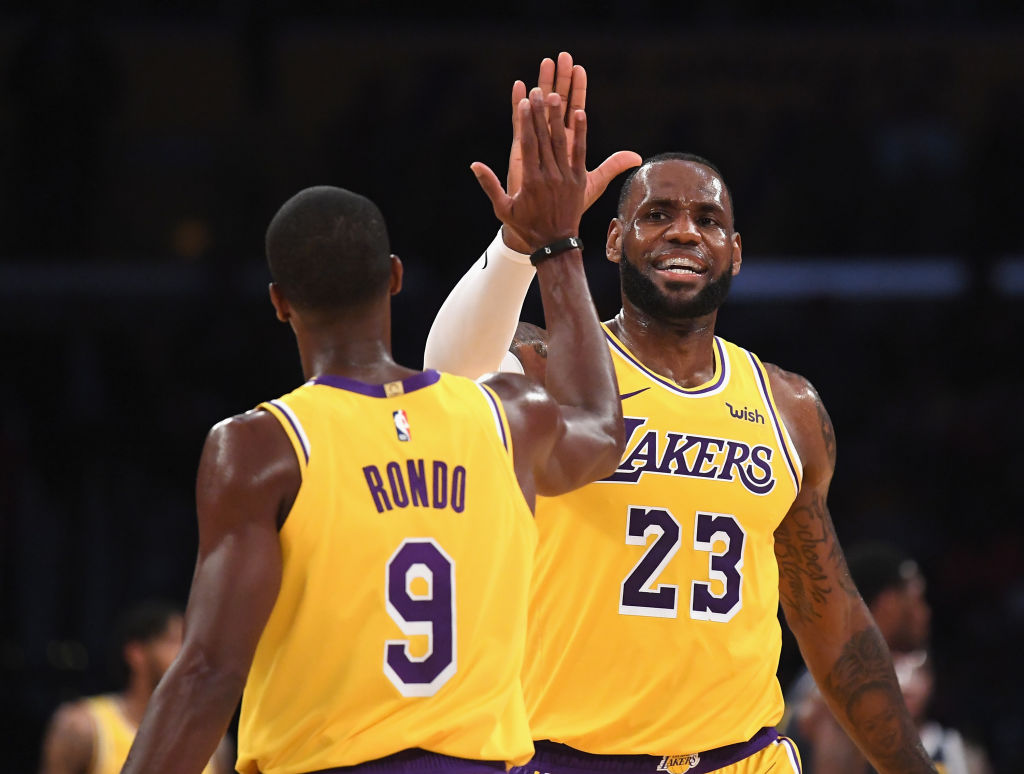 The Lakers a completely different team this season than they were in LeBron James‘ first year in Los Angeles. Last season, James missed 27 games, and the team went 37-45 and missed the playoffs.

The team was very young, with guys like Brandon Ingram, Lonzo Ball and Josh Hart shouldering a heavy load. James was a clear leader and was a huge influence on the young players on the team, whether good or bad.

Rajon Rondo spoke to ESPN’s Jackie MacMullan about his challenge to LeBron this season to focus on his body language. Rondo reflected on how James’ teammates looked up to him last season:

“When guys are making the same mistakes over and over and over, it’s hard to bite your tongue but I tried to get [James] to focus on his body language…Those young guys were looking at everything he did. If they missed four shots in a row and LeBron was making a face, it was crushing to them. He was their Michael Jordan. They didn’t want to let him down. But if LeBron said one thing positive to Brandon Ingram or Kyle Kuzma, they immediately were back to their old selves.”

Whether James knew it or not, everything he did had an impact on the other members of the team. As a leader and mentor, his body language sometimes made a negative impact on his teammates.

Although many of those teammates were traded away in the Anthony Davis deal, Rondo wanted James to focus on this in the 2019-20 season.

Not only has Rondo had some exceptional games on the Lakers’ current playoff run, but it goes to show all of the little things he has done for the team off the floor this season. As a veteran, and someone James trusts, Rondo found ways to challenge his teammates to make them better in the long run.