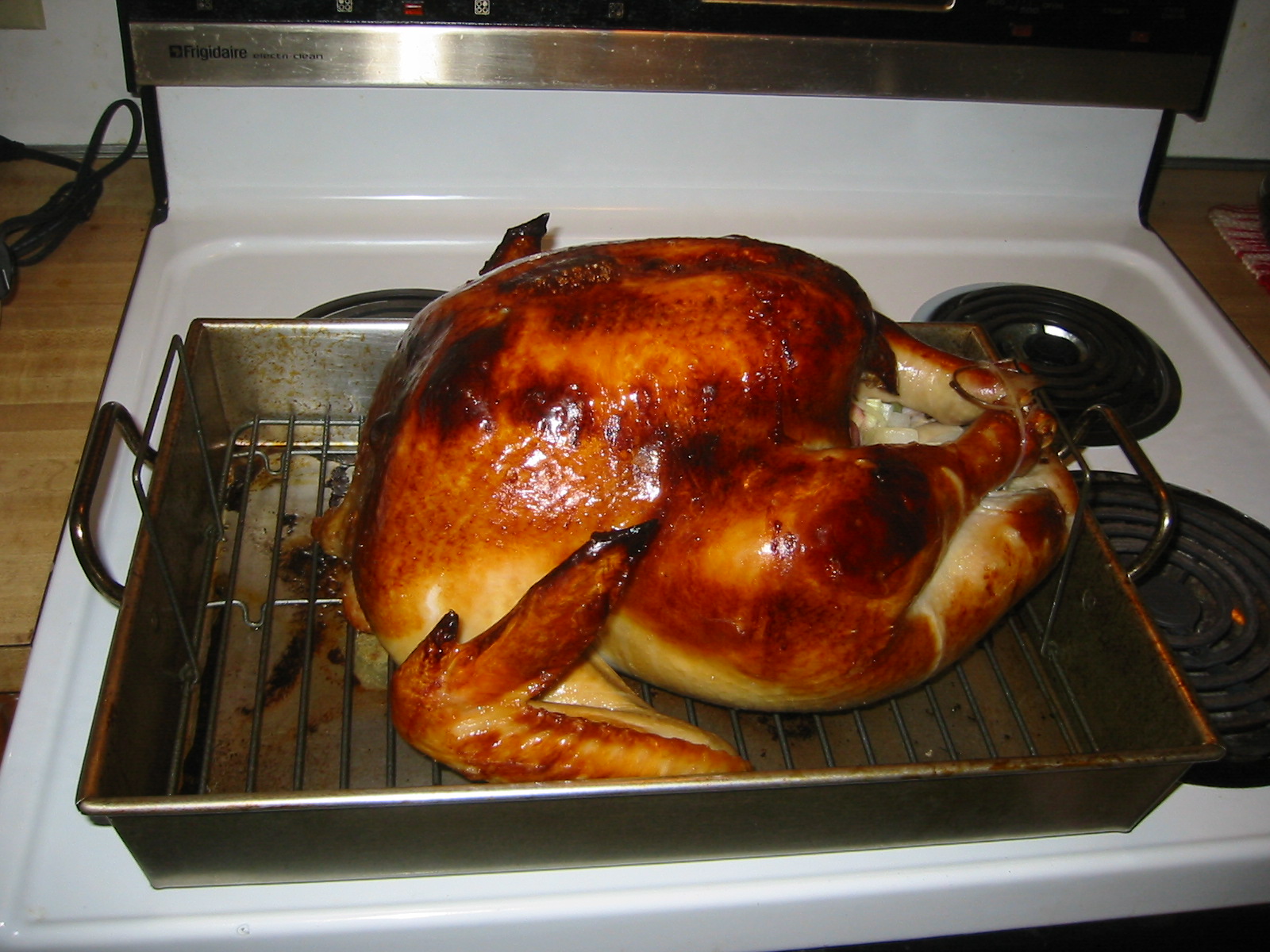 Basically, anything I thought worthy of mention was noted and ranked this weekend. Why? I have nooooooo idea.

1) Jellied Cranberry Sauce: If you’ve ever eaten jellied cranberry sauce at 11pm on a Tuesday night in March, then you understand the allure of the mouthwatering canned goo. And why it’s so necessary to everything Thanksgiving-related.

2) Having League Pass: It’s fliptastic. Teams I’m currently very interested in: The Celtics (fun young team to watch), The Cavs (Duh), The Wizards (Gilbertology), The Magic (Another fun team to watch), The Hornets (They’re good and they have two homes; it’s fun to track how they play in each building), The Kings (There’s still a good K-Mart in the league), The Jazz (I mean, wow…).

3) Stranger than Fiction: The best movie I’ve seen in the theatres in a long, long time. Maggie Gyllenhaal was surprisingly hot, though the makeup woman and costume designer might deserve Oscars for that. Dustin Hoffman and Emma Thompson were terrific. Will Ferrell displayed some range, too.

4) Maybe the nastiest pre-game dunk of all-time: Reader Knots sent this in to J.E. Skeets of the The Basketball Jones. Check it out.

7) Jeff Van Gundy’s inability to find a diet coke: If you haven’t read it, read it. It was awesome.

9) Classic MF DOOM videos on Youtube: Dude is an innovator.

10) A Boston Snackbar feature in the New York Times: He owns a Slovenian basketball team!

11) Skype – If you have friends around the world and don’t use it, you’re nuts. And if you like wearing headphones to begin with, it’s an added bonus. Maybe I’m just lazy, but it’s really fun to talk to someone without holding a phone to my ear.

13) Surprises teams in the West and the questions that accompany them: Can Utah sustain this type of play, or will they fade? Could they actually pose a playoff threat to Dallas or San Antonio, or are they this year’s ’05 Seattle? Are the Lakers for real? What do we make of the Hornets—can they finish well above .500? How soon will Golden State fade? Can the Rockets keep this up for the entire regular season?

15) Eric Reid, Heat play by play announcer: If only he could read me bedtime stories that were sponsored by Sun Sports.

16) Wedding Crashers: It’s on HBO so much that I’ve started walking around muttering quotes to myself. This is nuts because I swore all throughout college that I’d never become the kid that compulsively quoted movies. Now I walk around saying “You’re the Sack, she’ll come to you,” and “We lost a lot of good men out there,” as if the quotes were pre-programmed into my brain.

19) The Knicks going zone and beating the Celtics in Boston on Friday night: An interesting, positive change of pace. It lasted a day.

20) Shavlik Randolph’s busy first quarter against the Cavs on Saturday night: Shavlik Randolph might have the prettiest jump hook in the league. You heard it here first. (Missing the cut in these rankings was Samuel Dalembert and the rest of the Philly frontline that gave up 12 offensive rebounds to Big Zzz…)

23) Nintendo Weei: I pulled a muscle in my back playing virtual bowling. Though it was awesome to see my golf-obsessed 90 year-old Grandfather hit the fairway on his first shot.

24) The beat from Dr. Dre’s “Xplosive” blaring in arenas when the home team brings the ball up the floor: What’s the point of all these new changes (tight officiating, dress code, spongeball squarepants) if the in-game rhythms are represented by a song of such lyrical “range.” I mean, I have no problem with Xplosive—it’s entertainment—but there’s some hypocrisy there, right?

25) Irish Car Bombs: I don’t drink milk and I don’t eat ice cream. And I’ve spent a large portion of my life pretending to be lactose intolerant even though I eat cheese and yogurt. Anyway, I finally tried an ICB the other night after it was bought by an insistent party. It was ok. Without the Guinness, I would have probably spit it out. In sum: I still don’t like overly-creamy things, including Baileys. (If our 15 year-old readers start doing backflips in the comments section because I used the phrase “overly-creamy”, I won’t pay attention.)

26) Scott Skiles: First there’s the headband tiff with Ben Wallace, Skiles benching his underperforming superstar for breaking facial fabric protocol. Then he gets ejected up 24 early in the third quarter. I racked my brain trying to figure out what could have possibly made him feel the need to tee off on an official given the circumstances. The only thing I could come up with is that he had a booty call waiting on him. The more I think about this, the more I begin to believe that Scott Skiles felt like abandoning his early season shipwreck for a high class hoe. And, up 24 against the Knicks, it could be argued that he was afforded the “luxury”. I’m probably wrong, but I don’t really care, either.

27) Fantasy Basketball: According to Yahoo’s fantasy stats, Rashard Lewis and Ray Allen are two of the four best players in the league. The Sonics are 6-8. Case closed.

28) New Cavs Announcer Fred McLeod: I’m sorry, Cleveland, he’s just horrible. I might have to watch Cavs games on mute all season. It’s like Dan Gilbert hired someone that he wanted to sound like a winner, but this guy just sounds like a dad going through the “trying to be cool to impress his son” phase. He nearly ruined one of the best alley-oops ever by screaming something about Sanford and Son, as if he was trying to impress Austin Carr. He calls LeBron “LB”, which is just lame. He also called a rebound a “reeb”.

The interesting thing is that McLeod seems to know what he’s talking about, but the presentation is so bad that the representation of his knowledge is distorted. Just call the game, homie. You’ve already demonstrated that you can’t do shtick.

I think there really needs to be an NBA-run science lab that clones Mike Breen and Ian Eagle and distributes these clones to needy cities. Would that be so terrible? Replacement play-by-play Breens and Eagles?

29) The Eastern Conference so far: The second worst team in the West could currently make the playoffs in the East.

30) Kid at UCLA getting Tasered: I won’t even link it, but that video was the most disturbing thing I’ve seen in a long time. I can’t get over how mad it made me. This and Michael Richards in the same calendar week. Sometimes the miracles of modern technology aren’t so pleasant. And sometimes America is really scary place live in. Hopefully, it’s just LA.