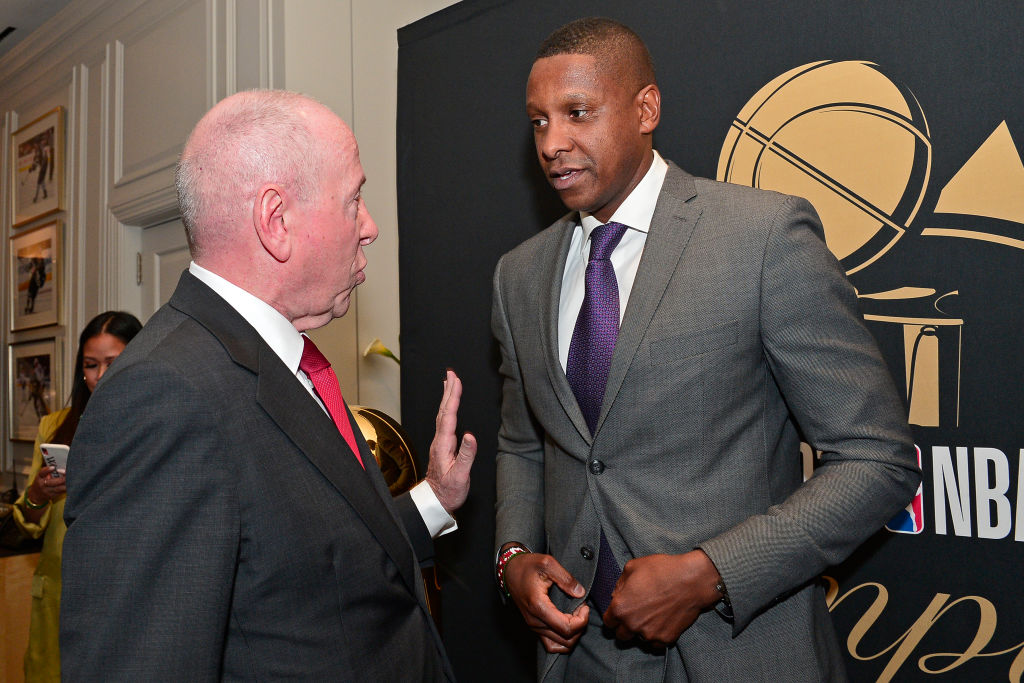 Masai Ujiri is “here to stay,” according to Raptors co-owner Larry Tanenbaum.

With the New York Knicks expected to clean house in their front-office, the rumor mill has begun to heat up, but Tanenbaum is confident Ujiri will remain in Toronto.

Masai has two years remaining on his deal with the NBA’s defending champs.

Per The Toronto Sun:

“We hope so,” Tanenbaum, who is MLSE part-owner and long-time chairman, said earlier this week at the Board of Governors’ meeting in Pebble Beach, Calif. “We haven’t talked (about an extension) at this point in time, but if you ask him, his intentions are pretty clear.”

When asked why a contract extension has not yet been offered, Tanenbaum said the timing wasn’t right.

“Masai has a contract that goes for another two years — this season and next season — so there’s really no need at this point (to re-sign him),” he said.

For Tanenbaum, the fevered interest comes with the territory.

“He is the best,” said Tanenbaum. “But no team can come to talk to him. That’s tampering. And every owner knows that. Masai is here to stay.”