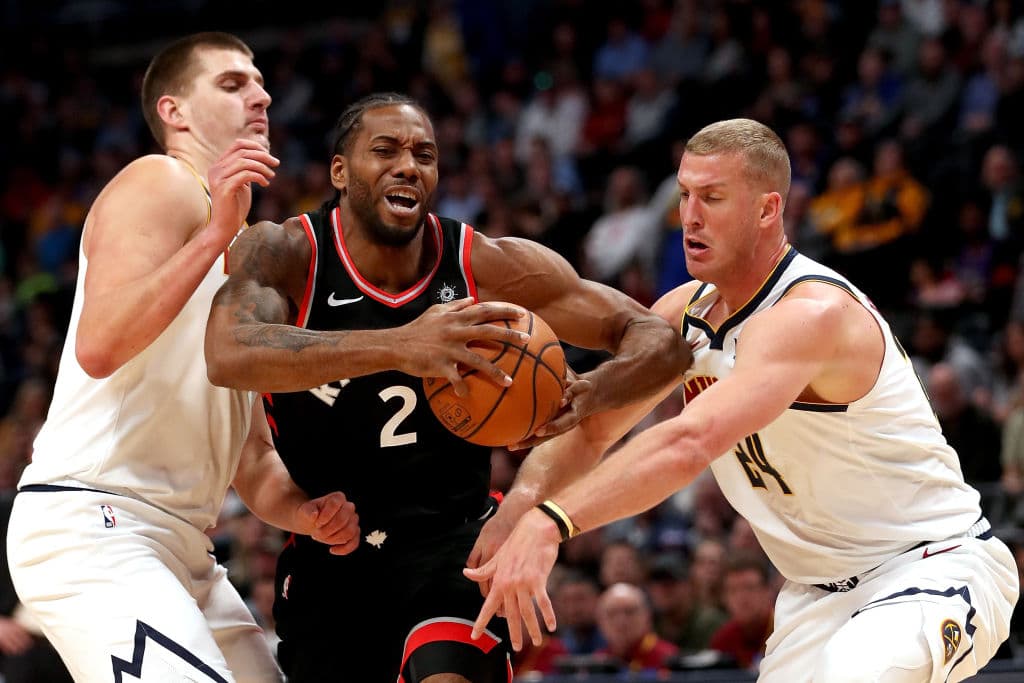 Nurse is furious at the lack of calls his superstar is dealing with.

Nurse on Kawhi non-calls: "It's been going on all year. But tonight was a very severe case of a guy who was playing great, taking it to the rim and getting absolutely held, grabbed, poked, slapped, hit and everything, and they refused to call any of it. It's unbelievable to me."

Nurse on Kawhi non-calls (cont.): "It's ridiculous. The guy is one of the best players in the league, and he doesn't complain, he doesn't do this, he doesn't do that, and they just turn their head and go the other way. It's been going on all year."

Leonard finished with 29 points (and attempted only four free throws) in Toronto’s 95-86 road loss Sunday night against the Denver Nuggets.

Kawhi Leonard had 29 points and 14 rebounds for the Eastern Conference-leading Raptors, who finished 2-2 on their trip. They still own the league’s best mark at 23-9.

Leonard agreed, but shrugged it off.

“It’s been very physical. I just go with the next play,” Leonard said. “I pride myself on just keep moving and keep going.”

Related
Kawhi Leonard: ‘When You Stop Playing They Forget How You Lead’