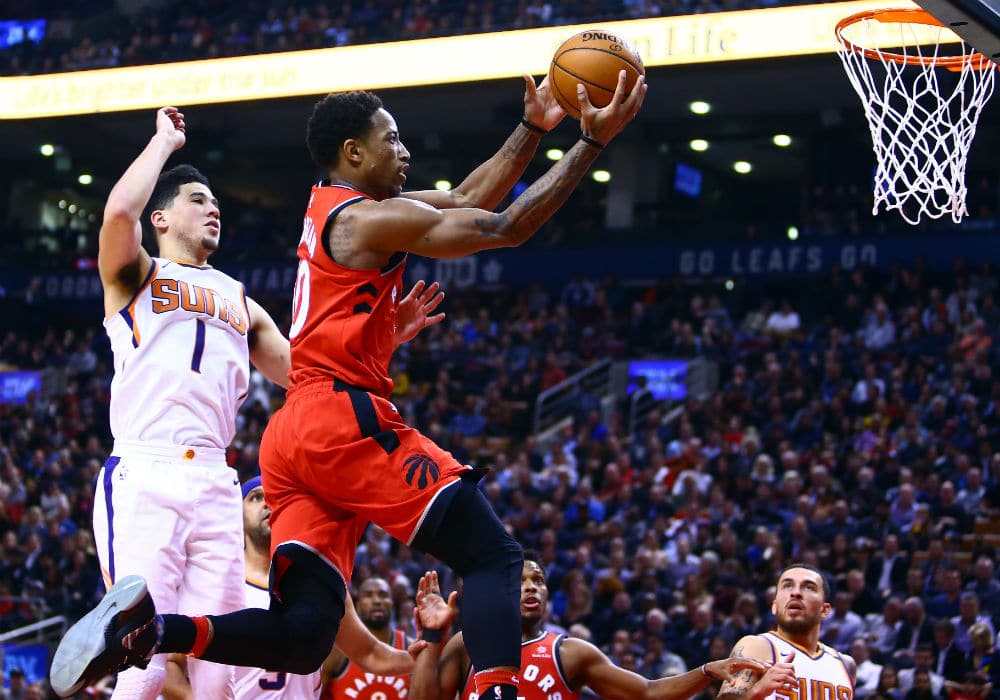 With their 126-113 win over the Suns on Tuesday night, the Raptors won their 7th straight game at Air Canada Centre to improve to 9-1 at home on the season. That’s the best home record in the NBA, and Dwane Casey’s squad’s play in The 6 is the main reason for why the Raptors are 3rd in the East and able to keep pace with Boston in the Atlantic.

Toronto, despite having won 48+ games in each of the last four seasons, has kind of flown under the radar so far. The Celtics’ and Cavaliers’ win streaks — as well the Pistons’ and 76ers’ hot starts — have grabbed most of the attention in the conference, while the Raptors’ steady play hasn’t.

For as improved as Toronto’s depth is with the offseason pickup of Miles and development of the young bigs, it’s still not going to be easy for the Raptors to compete with Boston or Cleveland come playoff time. But, as long as they stay healthy and make it to the postseason as a No. 3 or No. 4 seed, they’ll have a shot to push either of those teams deep into a series. With that dangerous backcourt and versatile frontcourt guys, Toronto is as well-suited to take down one of the top dogs as any other team in the East.