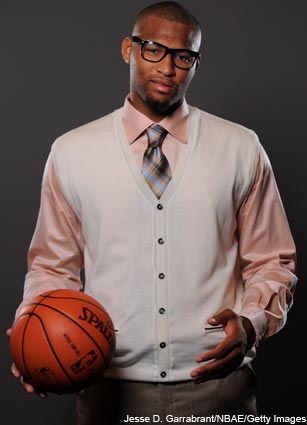 Just a few hours before the NBA Draft, we here at SLAMonline have decided to review our own 2010 Mock Draft and, well, get pumped up that the Draft is here. After all, tonight is a big night. Depending on the moves your franchise makes, you could have a glimmer of hope for your team’s future and a reason to look forward to next season.

The truth, though, is that nobody really knows who teams will select until it happens, as the phones will be ringing off the hook in many team offices with GMs trying to make moves to get in to a better position.

In SLAMonline’s Mock Draft, as everybody expects — and almost nobody has disputed — John Wall from Kentucky went No. 1 overall to the Washington Wizards. We firmly expect the dynamic lead guard to have his name chosen first tonight as well.

We also feel pretty confident that our guy Evan Turner, the do-it-all small forward out of Ohio State will be off the big board at No. 2, where he will have the task of resurrecting Philadelphia basketball.

At the 3-slot in the Mock Draft is where it really starts to get interesting. There are mainly three players whom the Nets are said to be looked at: forward Wesley Johnson, power forward/center DeMarcus Cousins and forward Derrick Favors. There are different thoughts that go in to the hypothetical selection of each player. If the Nets want to get the more polished, mature and proven player to come in right away and contribute, then their man is Johnson. If they want to try to create their own version of the Twin Towers in Newark, then they could go with Cousins. And if they want to go with a power forward who complements Brook Lopez, well then they could take Favors.

One thing is clear, though: In the Mock Draft, Johnson was still around at 6. In the actual Draft tonight, we would, along with the Warriors, be shocked to see him there.

The guy who could end up going a lot higher than some people expect is Hassan Whiteside, who had a monster year in college. He is a legit 7-footer who, although raw, is a menace on the defensive end.

As for a lot of the guys who went in the 20s in our Mock, the fact is that our guess could be as good as theirs when it comes to when and where players will go. Taking in to account that there have already been trades (and there almost certainly will be more) and the mindset of the franchise (best available, team need), it can be tough to peg where some of those guys will go.

But that’s the fun of the Draft for the fan. Sometimes a right decision in the middle of the First Round can become an All-Star and surpass the guys ahead of him in due time. We’ll just have to wait and see…