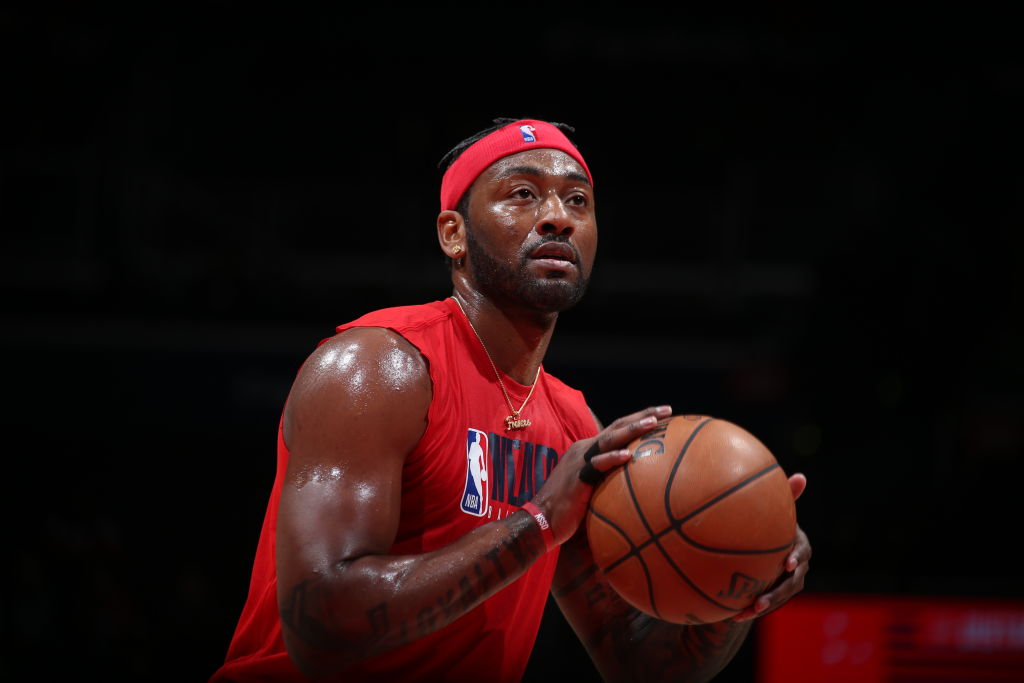 John Wall was practicing with the Wizards’ G League affiliate, and playing well, before the NBA season was abruptly halted by the coronavirus global pandemic.

Wall, 29, continues to recover from a ruptured Achilles tendon injury he suffered 14 months ago, but looks good back on the floor.

The five-time All-Star was routinely abusing G Leaguers with his trademark explosiveness.

[Wall] threw down a lefty slam glorious enough that its release today should quench any fans’ thirst for the sports world’s first new highlight in weeks.

“I tried to catch up with him and jump with him, which was a bad mistake because he put it on my head. It was bad,” [Garrison] Mathews said between chuckles. “I heard it from everybody in the gym.”

[Go-Go coach Ryan] Richman believes the Go-Go’s final practice of the year, the one when he robbed Mathews of a little piece of his dignity, “was the best I’ve seen him (play).”

“He looks slim. He looks really good,” Richman said. “If we didn’t take him out, he’d just go the whole time.”