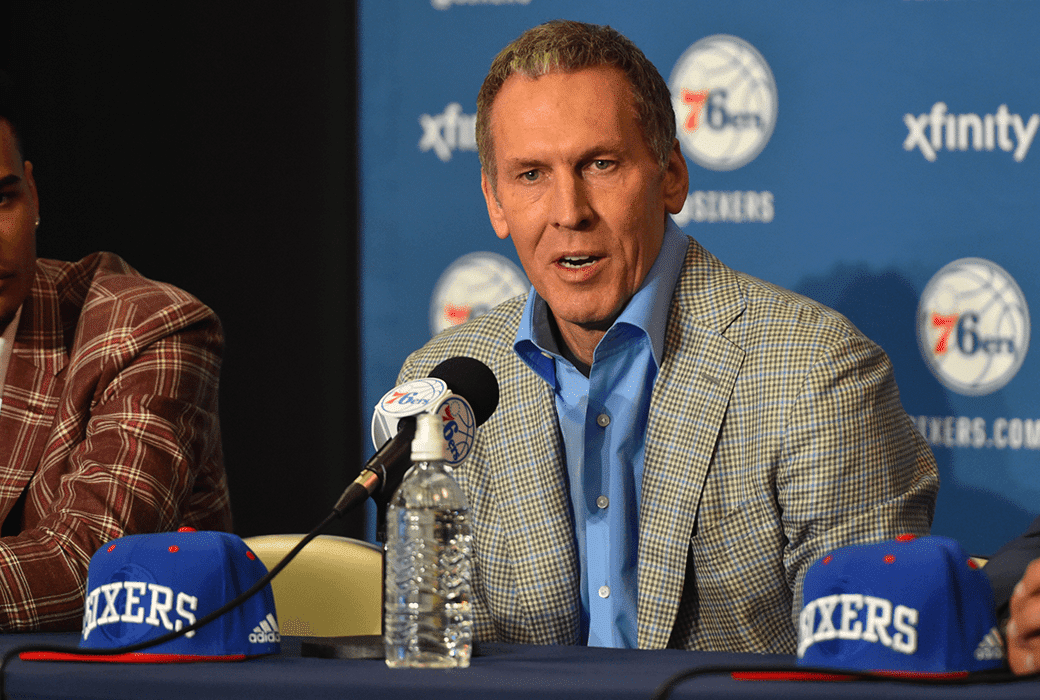 Another wrinkle has been added to the report that Philadelphia 76ers general manager Bryan Colangelo was operating five secret accounts on Twitter that were used to rip current and former members of the Sixers organization.

After doing some digging, The Athletic’s Rich Hofmann noticed that one of Colangelo’s alleged burner accounts, @AlVic40117560, posted to Twitter while Colangelo was doing media availability. This would imply someone else had partial or full control of the account.

Looking back, Bryan Colangelo held a media availability right before the Heat game on February 11, 2017 to address Joel Embiid’s (previously undisclosed) torn meniscus. From looking at the timestamps, it seems like during that time, Eric Jr was also tweeting during that session. pic.twitter.com/9Q1JOdrXZW

Here's a few more of the live tweets. Following the timestamps admittedly feels like an inexact science to me, but from these, it would seem pretty difficult for Bryan Colangelo to be tweeting from the Eric Jr account at the same time as his media availability. pic.twitter.com/HNtemoED0K

There’s been allegations that Colangelo’s wife, Barbara Bottini, may have been one of the tweeters after #NBATwitter’s world-renowned private investigators discovered Bottini’s phone number ends with the same two digits as the one connected to several of the burner accounts.