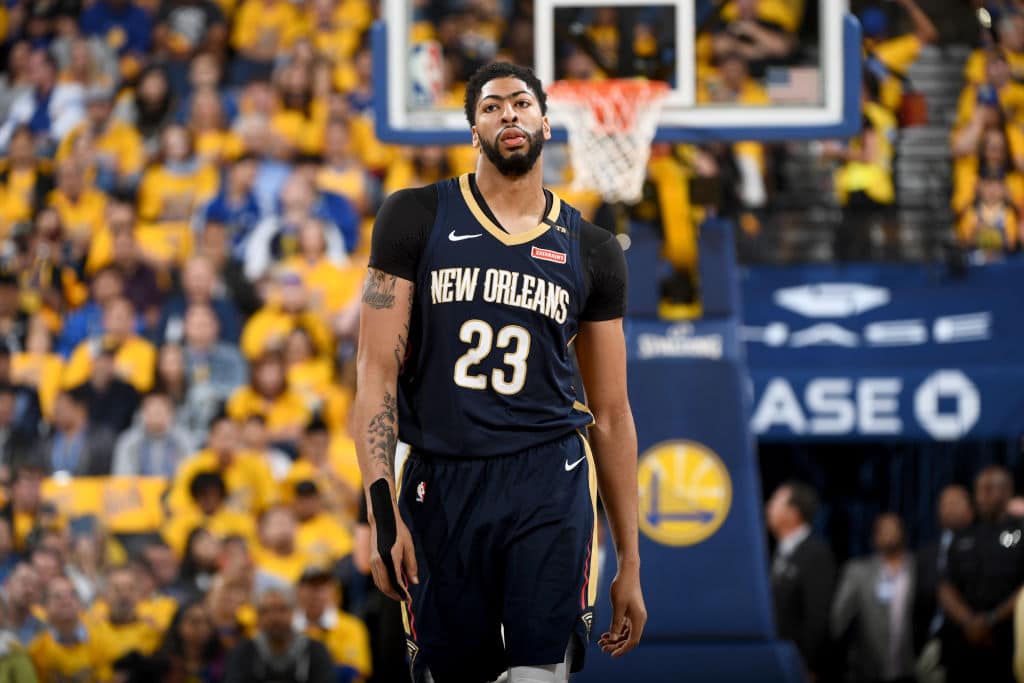 Warriors owner Joe Lacob and GM Bob Myers are said to be running the same playbook on AD they used to lure Kevin Durant two summers ago.

Kawakami: Steve Kerr’s improving health, the sustainability of the Big Four, and everything else that was underlined by this Warriors title run: @timkawakami https://t.co/cRXcsYEh2M

The Dubs would likely have to give up Klay Thompson and perhaps Draymond Green in order to land Davis.

Are the Warriors still targeting New Orleans center Anthony Davis? Sure. Lacob and Myers love to circle the best names possible years in advance of their potential availability, and figure out how they might be able to land the biggest fish out there. It used to be Kevin Durant.

Now the Warriors’ biggest target is Davis, and they understand that their clearest way to get him was to sacrifice several big parts of their foundation — maybe Klay Thompson and/or Draymond Green — in a trade.