Report: Bradley Beal ‘Angry With and Emotional About’ the Wizards 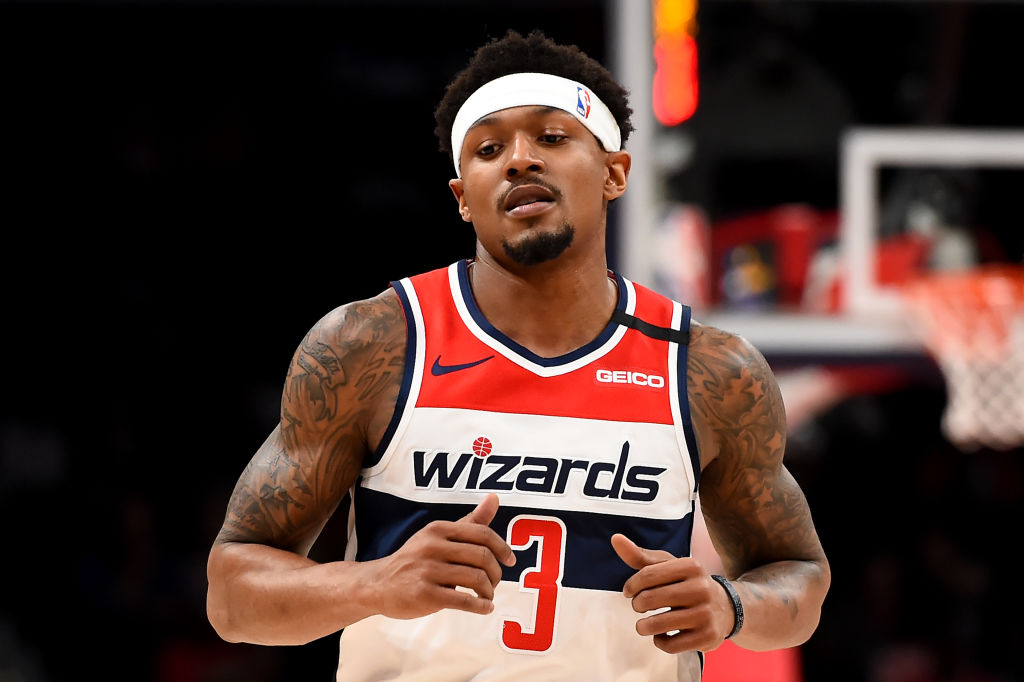 Bradley Beal is reportedly as angry and emotional about the Wizards’ plight as he’s ever been.

At 13-27, Washington is well out of the playoff picture in the Eastern Conference, and Beal says his frustration won’t abate “until we starting winning and changing our culture.”

The 26-year-old two-time NBA All-Star inked a two-year, $72 million extension in the offseason.

Bradley Beal’s pique after his team’s 115-106 loss to the Bulls was real. Really real. A source who was also there told me Thursday that Beal was as angry with and emotional about his team as he’s ever been since being drafted by the Wizards in 2012.

Beal, ominously, said postgame that the frustration he felt Wednesday will continue to build “until we starting winning and changing our culture.”

There’s been next to no pressure on the franchise this year. There’s been no hint that Scott Brooks’ job is in any jeopardy. Everyone understands, big picture, that this season is about development, and finding two or three guys that can go forward with the team next season when Wall returns and Washington adds what should be a high Lottery pick.

But. Definitively changing the culture of accommodation and failing to live up to minimum standards was supposed to be a given this year, too.

Related Bradley Beal: ‘This is Where I Want to Be for the Rest of My Career’