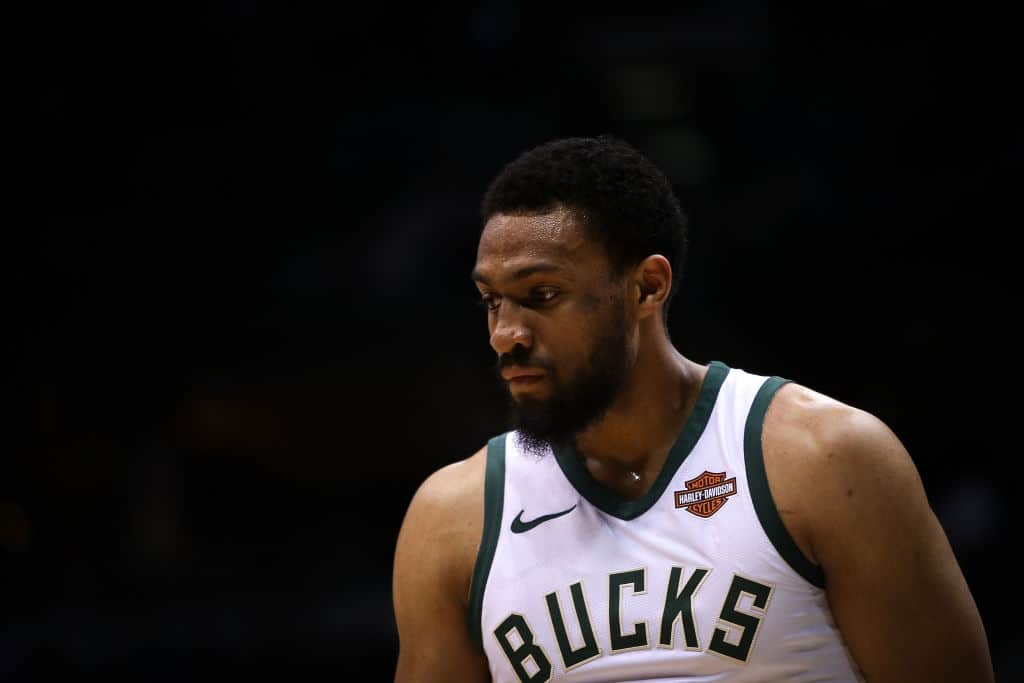 Jabari Parker‘s frustration with his role in Milwaukee is no secret, and reportedly, the Bucks’ braintrust is equally unhappy with how the 23-year-old has handled things.

Rumor has it that some in Milwaukee believe Parker is envious of superstar teammate Giannis Antetokounmpo.

Worth noting that multiple coaches have told me the #Bucks are frustrated w/Jabari Parker’s immaturity around a perceived lack of touches. More importantly, they believe that Giannis’ rise has prompted Parker to develop an unhealthy dose of jealousy toward Giannis. https://t.co/cJZS8p8VMT

Jabari has scored a total of two points through the first two games of the Bucks’ first-round playoff series against the Boston Celtics—both losses—and Milwaukee faces a must-win Game 3 at home tonight.

One particular player whose intensity level has been in question after the first two games is Bucks forward Jabari Parker. Parker played in 31 regular-season games after returning from a torn left ACL, putting up solid numbers over the final six games to nearly average a double-double in April (19.5 points and 8.2 rebounds in 31.2 minutes).

“For myself, I just try to be a good teammate,” Parker said. “I’m not getting what I want right now but there’s a bigger picture. I think I did a better job the second game. Just to touch and harp on the first game, like, I’m human, right? I deserved to be out there, I earned it. Six games (to close the season) and to see that, like, I’m not going to handle it well.

“I have feelings. I’ve been waiting two years. I’ve been waiting all that time and to see myself get cut short — no one’s going to handle that the right way. I just felt like I was cut short, I wasn’t supported and I’m not going to react the right way. I’m human, I was wrong. But going forward, I’ll just try to be a better person, a better man and be there for my teammates.”