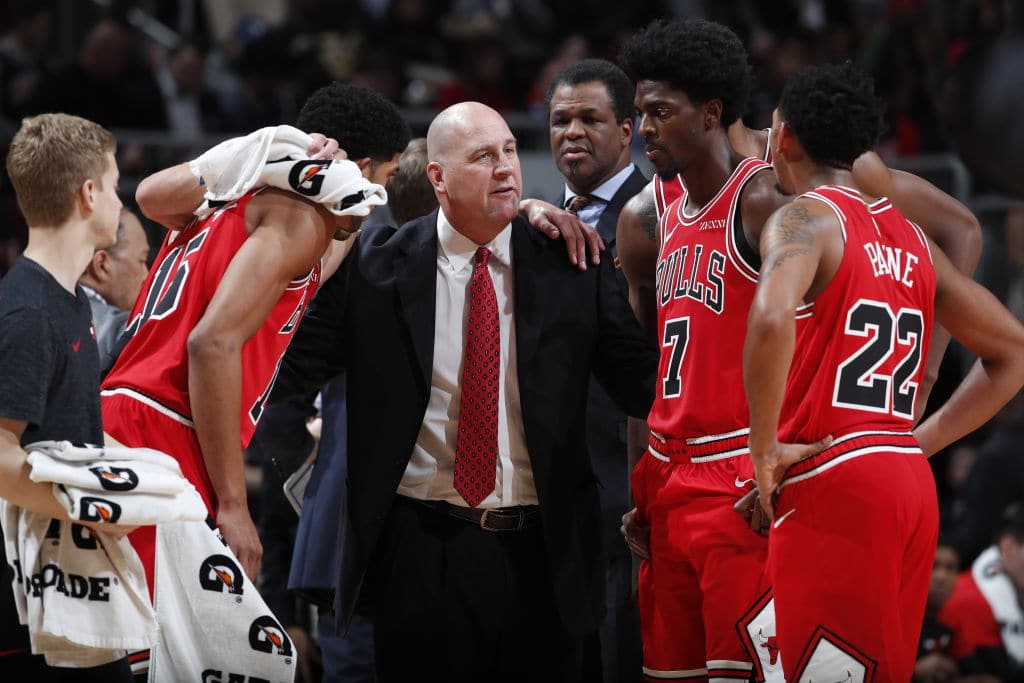 Chicago Bulls players reportedly reached out to the National Basketball Players Association due to what they consider to be extreme tactics by new head coach Jim Boylen.

They also considered boycotting Sunday’s practice, which was mandated following a back-to-back (including a 56-point rout by the Boston Celtics.)

Yahoo Sources with @ChrisBHaynes: Bulls players went to NBPA about Jim Boylen's practice tactics and plans to practice the day following back to back games https://t.co/mhyhX2sJ4R pic.twitter.com/5KbKVuIZR8

Boylen took over coaching duties after Fred Hoiberg was fired.

After taking the helm from fired coach Fred Hoiberg on Monday, Boylen held three two-and-a-half-hour practices in his first week that included extra wind sprints and players doing military-style pushups. Calling for another lengthy practice after the back-to-back led to a near-mutiny and caused the players to reach out to the union, sources said.

Boylen had already gotten under his players’ skin by issuing the ultimate indignity: subbing out all five players on the floor twice in Saturday’s loss. In the first half, the Bulls fell behind 17-0, so the full lineup change was understandable. In the second half, the Bulls had only been outscored 5-3 when Boylen subbed everyone out and the players felt embarrassed.

Late Saturday evening one of the team’s veterans, sources said, initiated a group text relaying that if any player showed up to the facility on Sunday prepared to practice, he would fine them personally, and the players agreed.

A player contacted Boylen to alert him of the team’s decision, but the coach refused to relent, sources said.