Report: Celtics Interested In Mo Bamba, Could Move Up In Draft 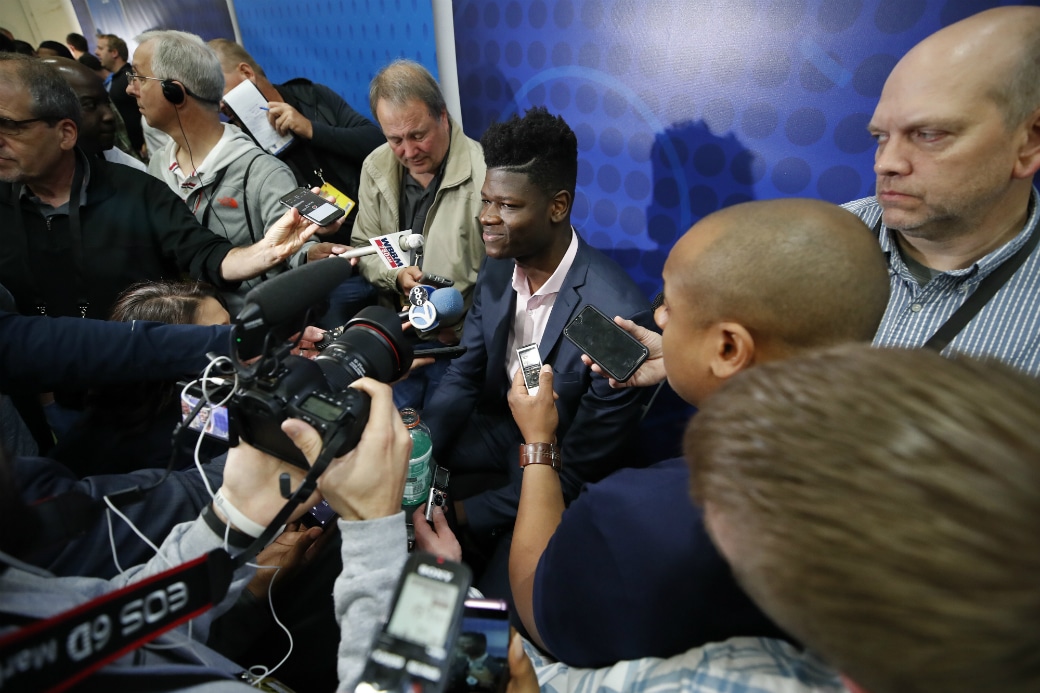 The Boston Celtics could use a rim protector — and top prospect Mo Bamba is a very intriguing option.

According to Sean Deveney of the Sporting News, the Celtics have expressed interest in Bamba:

Sources told Sporting News that Boston has expressed interest in Bamba, including interviewing him at the Chicago pre-draft combine two weeks ago. Bamba measured in with a record wingspan of 7-10 in Chicago, reinforcing his status as the most ready-made rim protector in the draft.

In order to land Bamba, Boston would need to move up in the draft. The big man out of Texas is unlikely to slide past the Magic at the No. 6 spot, per Deveney. But Celtics’ team president Danny Ainge has several assets to work with, including young talent, the No. 27 pick this year and possibly three first round picks in 2019.

Both the Grizzlies (selecting fourth) and the Mavericks (selecting fifth) are open to deals, reports Deveney.

Bamba averaged 12.9 points, 10.5 rebounds, and 3.7 blocks per game in his sole season with the Longhorns.

RELATED
NBA Exec: Bamba May Have Higher Upside Than Ayton 👀