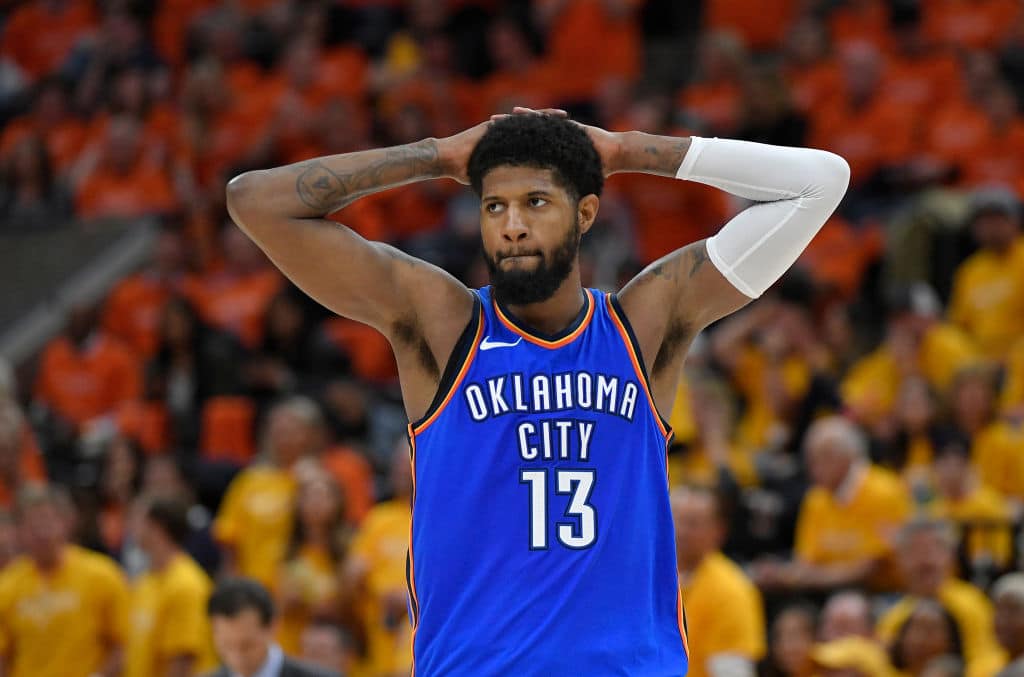 Reportedly, there is a “growing belief” around the NBA that Paul George will be back in OKC next season.

The Thunder are said to have a “far better chance” to re-sign PG this summer than most had expected.

There is a growing belief around the league that Oklahoma City has a far better chance to retain the free agent-to-be Paul George than many believed when the Thunder crashed out of the first round of the playoffs.

As George prepares to field the Lakers’ long-anticipated interest, his willingness to post an Instagram picture of himself last month from a hospital bed after undergoing arthroscopic surgery on his left knee has helped to fuel the notion in some corners that he’s in no rush to leave OKC.