Report: Houston a ‘Long Shot’ to Trade for Russell Westbrook 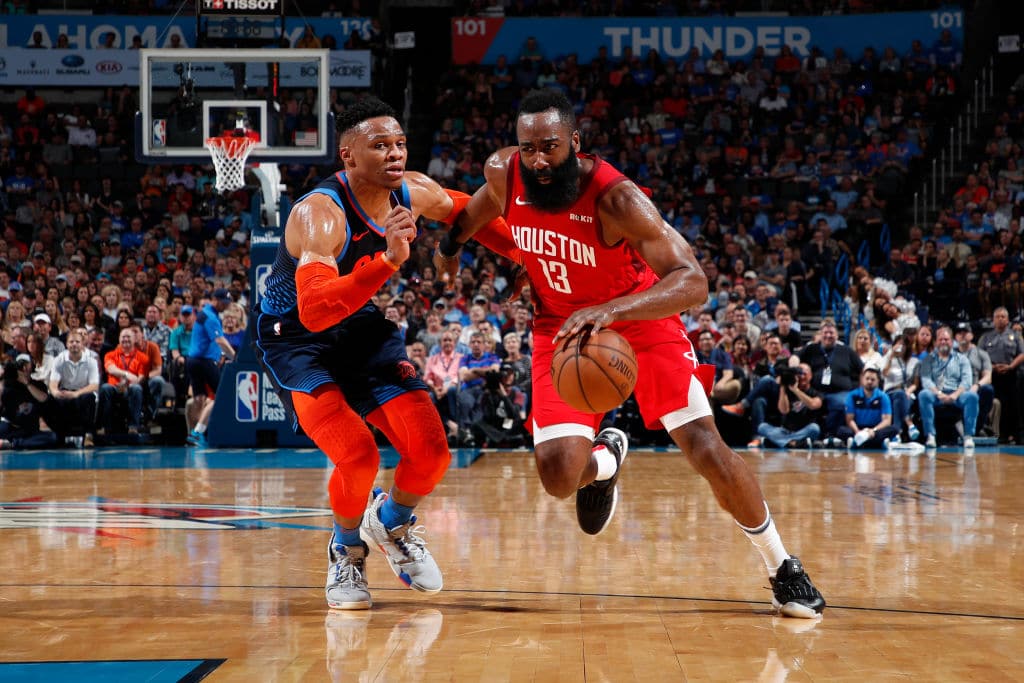 The Rockets are reportedly among the teams interested in trading for Russell Westbrook, now that OKC is shifting into cost-cutting mode after sending Paul George to the LA Clippers in a blockbuster swap.

Houston, however, is said to be a “long shot” at landing the 30-year-old former MVP.

The Miami Heat are also considered a possible suitor for the Westbrook, who averaged 22.9 points, 11.1 rebounds and 10.9 assists last season, and is owed $171 million over the next four years.

The interest in Westbrook fits Rockets general manager Daryl Morey’s pattern of aggressively pursuing superstars. Houston landed Chris Paul in a sign-and-trade deal with the Clippers two years ago and attempted to add Jimmy Butler under similar circumstances this summer. Butler, however, did not meet with the Rockets before agreeing to a deal with the Miami Heat. The Rockets also had interest in trading for Carmelo Anthony and George before the Thunder dealt for both during the 2017 offseason, and Houston signed Anthony for the veteran’s minimum after he was traded to Atlanta and received a buyout last summer.

A source said that Paul would not necessarily need to be involved in a deal that delivers Westbrook to the Rockets, although his $38.5 million salary is a perfect match with Westbrook’s. Paul has $125 million over three years remaining on his contract, while Westbrook has $171 remaining over four years, including a player option for $46.7 million in 2022-23.

Morey has acknowledged aggressively exploring the trade market this offseason but said recently that Paul and perennial All-NBA guard James Harden are the two players who will definitely return to the Rockets next season.

As unlikely as it may be, a trade that sends Westbrook to Houston would reunite him with Harden, his former Thunder teammate and fellow recent MVP. The Rockets acquired Harden, a sixth man in Oklahoma City, in a trade just before the 2012-13 season after the Thunder decided they did not want to give him a maximum contract.