Report: James Wiseman In Play at No. 1 Overall 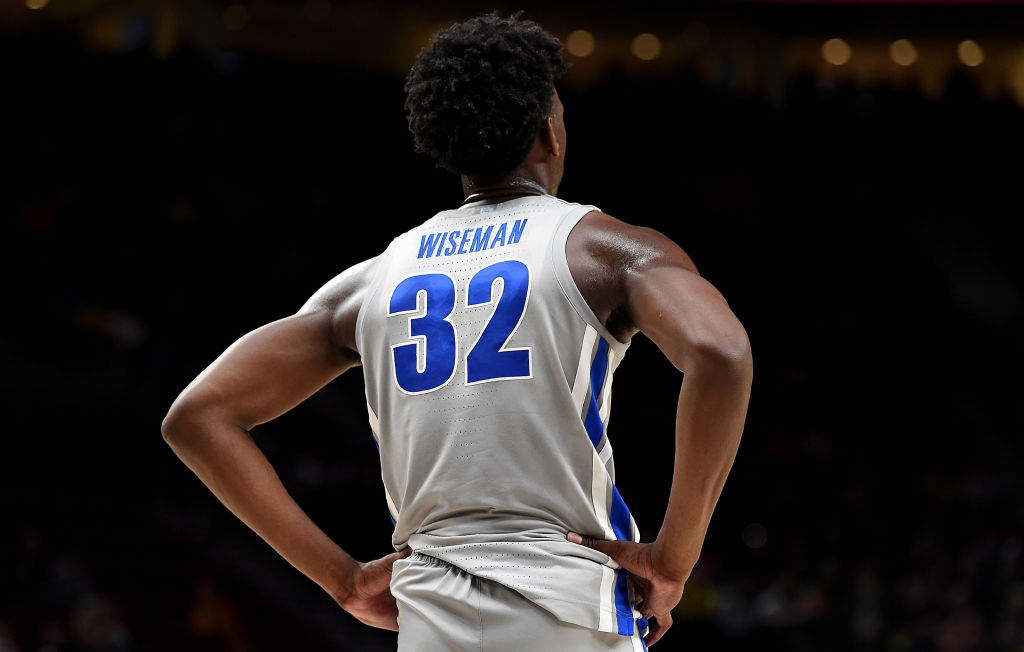 Although questions about his fit next to Karl-Anthony Towns remain, James Wiseman is very much in play to get drafted No. 1 overall by the Minnesota Timberwolves.

According to Jonathan Wasserman of Bleacher Report, some individuals within the Golden State Warriors organization believe that Wiseman could be off the board at No. 2, regardless of whether the Wolves make a trade or not.

Wiseman was the best player in the high school class of 2019. Ranked No. 1 in the ESPN Top 100, he was set to play at the University of Memphis with expectations of being a one-and-done and potentially the top pick in the 2020 NBA Draft.

However, things didn’t go as planned early in his college career. He made his Memphis debut with 28 points, 11 rebounds, and three blocks in just 22 minutes with a dominant performance. Just three days later, he was ruled ineligible by the NCAA due to the logistics of his recruiting process.

After and forth legal orders, Wiseman was able to play in two more games before his season was ultimately shut down and he was forced to start working out on his own to prepare for the draft. He played in three total college games, averaging 19.7 points 10.7 rebounds 3.0 blocks per contest.

Another team that has been mentioned to be interested in moving up to the first slot to take him are the Charlotte Hornets, who, per Wasserman, ‘want Wiseman badly’ but are currently slated at No. 3 overall.

In the modern NBA, the traditional center is starting to become less attractive and less common. However, with how talented Wiseman is at 7-foot-1 with a 7-foot-6 wingspan, he could be worth being taken first overall.